In a statement, "Joe Biden, Irish-America and Ireland", he reinforced his commitment to support the Irish, in the US and at home. 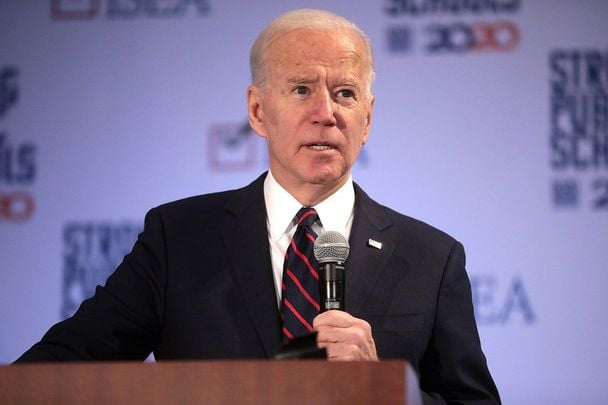 Joe Biden has promised he will “create a roadmap for citizenship” for 11 million undocumented people in the US, including thousands of undocumented Irish.

Biden addressed Irish issues in a statement released by his campaign called "Joe Biden, Irish-America and Ireland", which pointed out the Democrat presidential nominee’s commitment to addressing the undocumented issue once and for all.

The statement was in response, in part, to the efforts of the  Irish Americans for Biden group who have held several highly attended Zoom events to support the vice president. They plan a final Get Out the Vote event this Tuesday.

“I will prioritize legislation to create a roadmap to citizenship for the 11 million undocumented people who have been strengthening our country for years and preserve the longstanding directive of our immigration system to reunite families and enhance our diversity,” the statement said.

The former vice president specifically noted that Ireland had an undocumented issue he would address. According to estimates the number of Irish undocumented living in the United States range between 15,000 and 20,000.

The statement continued: “[Biden] has shown immigration reform leadership informed by empathy and an understanding of Ireland’s experience – especially the challenge of today’s younger Irish who left Ireland during the Eurozone crash.”

Biden re-iterated there will be no United States-United Kingdom trade deal if Brexit results in putting the Good Friday Agreement at risk.

The vice president said he will work to advance the Northern Ireland peace process and “will work closely with Ireland in the UN Security Council”, which Ireland won a seat on in June.

Biden has often referred to himself during the presidential campaign as a proud Irish Catholic. He traveled to Ireland, in 2016, visiting  Mayo and Louth where his ancestors emigrated from during The Great Famine.