Alex Gibney examines the Trump administration's handling of the coronavirus pandemic in "Totally Under Control." 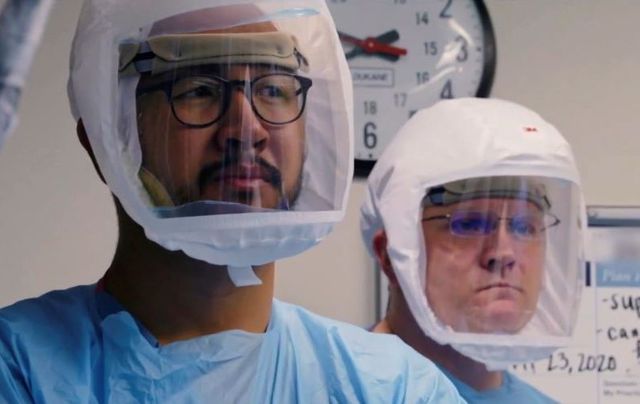 A still from Alex Gibney's "Totally Under Control." EF NEON

Failure is the most toxic word in the American lexicon, but what else can you call the incompetence, arrogance, foolishness, and spite that characterizes the Trump administration system-wide lack of leadership on the coronavirus?

From the very beginning, Trump understood it was either the virus or him, that he could either let his presidency be torpedoed or he could let the nation take the hit. He chose to let the nation suffer. It's an irony of history that he ended up eventually contracting Covid-19 himself.

In award-winning Irish American director Alex Gibney's new documentary, made secretly over the past few months, he quotes Trump in an interview with CNBC on January 12: “We have it totally under control. It’s one person coming in from China, and we have it under control. It’s going to be just fine.”

Under control? Just fine? Reported Covid-19 deaths in the United States are now more than two-thirds the number of American combat deaths in World War II. In just seven months over 215,000 Americans have died and over seven million are now infected.

Gibney pointedly reminds us just how unprepared and out of control America was when the virus hit. He shows us first responders and health care workers fashioning hazmat suits out of garbage bags. Instead of latex gloves, they wore garden gloves, looking like extras in a children's school play instead of the medical professionals they actually were.

It was infuriating. How could the richest and most powerful country in the world's health service be reduced to a developing world basket case in the span of one presidency?

Over and over again Gibney compares how America under Trump responds to the pandemic versus other science-first nations like South Korea. His line up of interviews is typically illuminating, too. How he got them all on camera during a lockdown is a story in itself. Sending high definition cameras to his interview subjects, he has surpassed the grainy webcam look we have all become too familiar with.

One of Gibney's cameras reached Michael Bowen, a former Donald Trump supporter who is the owner of Prestige Ameritech, a medical supply company based in Texas. In January Bowen recounts how he started sending e-mails to administration officials offering to speed up the production of virus defending N95 masks at his factory. Even back then he knew they would become a crucial armor in the national fight against the coronavirus. 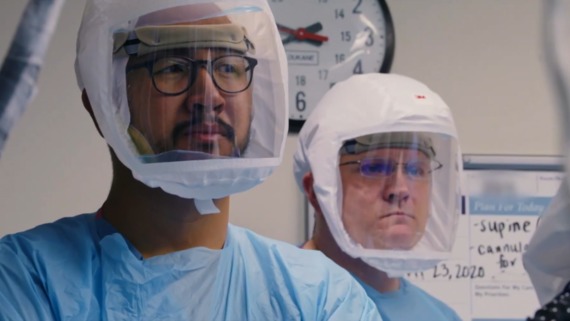 A still from Alex Gibney's new documentary 'Totally Under Control'

But no one at the Department of Health and Human Services responded to his many overtures, they didn't even bother to reply. Onscreen Bowen eventually breaks down when he thinks of all the lives he could have saved, had someone in Trump's orbit cared enough to even respond to him.

Robert F. Kennedy's 26-year-old grandson Max Kennedy Jr. is next to the screen. Explaining how he became an improbable member of Trump's coronavirus task force, which was first headed up by Jared Kushner, this scion of the most famous Democratic family of the 20 century is an odd participant in the White House under Trump.

After graduating from Harvard in 2016, Kennedy worked at several consulting and investment firms and he had planned to take the LSAT in March, until the pandemic ended that dream. Instead, a friend suggested he might join the volunteer task force Kushner was assembling in an effort to source and deliver PPE (personal protective equipment) to virus hot spots like New York City.

The White House Covid-19 Supply-Chain Task Force turned out to be a typical Trump arrangement, looking for accomplished graduates willing to work long hours for no pay which Kennedy, a Democrat by birth and ideology, patriotically volunteered to join.

What this task force involved, Kennedy reveals, was a brief pep talk at the beginning from Kushner, who they never saw again, and then weeks of cold calling and unreturned pleading emails in search of PPE as the whole enterprise, which was nothing more than a reality show contrivance for the cameras, collapsed.

If journalists and documentary makers write the first draft of history then Trump's failed legacy on the coronavirus is going to live in infamy through all the ages if Totally Under Control is to be believed (and Gibney consistently brings the proof of his claims).

Tragically, Gibney's documentary recalls how it would have taken just a minimal course correction to save tens of thousands of American lives at the very outset.

All that was needed was some straight talk. All that was needed was a rapid, science-based response at the start of the pandemic, when clarity really counted. Instead, Trump took to his MAGA rally stages and called the virus a Democratic hoax, and sadly more than 218,000 of us are no longer here to contradict him.

'Totally Under Control' arrives on Hulu on October 20.