"No Stone Unturned" nominated in the Outstanding Investigative Documentary category celebrating the best talent in news and journalism around the world. 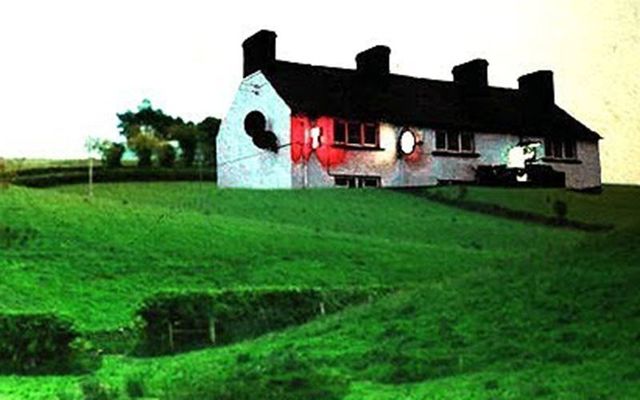 The 2017 documentary on the Loughinisland massacre, "No Stone Unturned," has been nominated for an Emmy Award.

The movie directed by Oscar-winning director Alex Gibney was produced by the Belfast-based production company, Fine Point Films. "No Stone Unturned" has been nominated in the Outstanding Investigative Documentary category in the 40th News and Documentary Emmy Awards, which celebrates the best talent in news and journalism around the world.

The movie’s official description, on IMDB, describes it as “an in-depth look at the unsolved 1994 Loughinisland massacre, where six Irishmen were murdered, presumably by a Unionist paramilitary group, while watching the World Cup at the local pub in Loughinisland, Northern Ireland.”

The massacre took place in 1994. The documentary examines the Royal Ulster Constabulary's handling of the killings by the Ulster Volunteer Force (UVF).

Victims of the 1994 Loughinisland massacre.

In a statement the movie’s Producer Trevor Birney:

“We are overwhelmed with the news that No Stone Unturned has been nominated for a prestigious Emmy award. The team behind this film, both in New York and Belfast, was determined to shine a light on this very dark moment in our history.

“Alex Gibney is a master storyteller and we thank him for bringing his immense skills to bear on this story.

“No one has been held accountable for the murder of six men at Loughinisland over 25-years ago.

“The arrest of myself and journalist Barry McCaffrey by the Police Service of Northern Ireland in August 2018 was an affront to the families who we remain indebted to for entrusting us with their story.

“We can only hope that this recognition for the film brings further attention to their campaign for justice.”

Birney, along with journalist Barry McCaffrey, were arrested over the suspected theft of confidential documents from the office of Police Ombudsman for Northern Ireland. The charges were dropped following a court ruling that search warrants issued against the journalists had been "inappropriate."

The awards ceremony will take place on Sept 24, in New York City and will be attended by over 1,000 people from television and news media, as well as documentary producers and journalists.