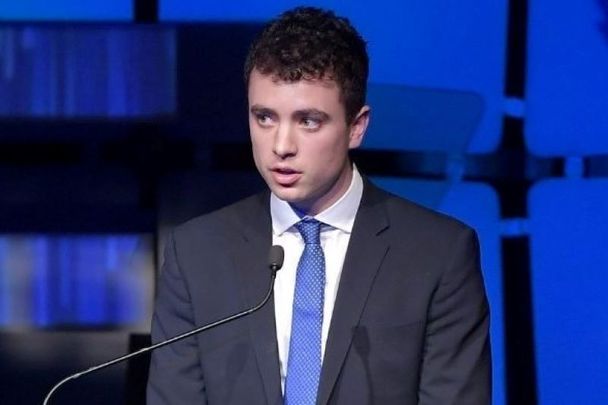 Max Kennedy, Jr tells The New Yorker that he sent an anonymous letter to US Congress detailing the "incompetence" of the Administration's coronavirus response.

Max Kennedy, Jr has revealed to The New Yorker that, despite signing a nondisclosure agreement, he sent an anonymous complaint to US Congress in April which claimed that Trump's task force was being run with "dangerous incompetence."

The grandson of former Attorney General Robert F. Kennedy said he joined the White House covid-19 Supply-Chain Task Force to help secure more personal protective equipment for the US during the pandemic but said that he was disappointed by the level of partisan politics on the task force.

"I was torn, to some extent," Kennedy told the New Yorker, explaining his somewhat strange decision to join Kushner's task force. "But it was such an unprecedented time. It didn't seem political — it seemed larger than the administration."

Kennedy, who now works for the Democrats 2020 campaign efforts after resigning from the task force, told Congress that a number of task force staff had no relevant experience and that they were told to prioritize requests from political allies of Donald Trump.

He also alleged that he was told to downplay the severity of the coronavirus.

He told The New Yorker that Brad Smith, one of the officials running the task force, pressured him to "create a model fudging the projected number of fatalities," in order to downplay projected deaths and cast doubt over other dire warnings from public health experts.

Kennedy claimed that he was told to make a model projecting no more than 100,000 deaths in America. At the time of publication, there have been more than 202,000 COVID-19-related deaths in the United States.

Kennedy said that he refused to make the model, telling the New Yorker that he "didn't know the first thing about disease modeling."

He said that his experiences on the task force gave him sleepless nights.

"I just couldn't sleep," he told the New Yorker. "I was just too distressed and disturbed about what I'd seen."

He said that the team was small and unqualified for the task at hand and that most of the volunteers were people in their 20s with backgrounds in finance.

"It was the number of people who show up to an after-school event, not to run the greatest crisis in a hundred years.

"It was such a mismatch of personnel. It was one of the largest mobilization problems ever. It was so unbelievably colossal and gargantuan. The fact that they didn't want to get any more people was so upsetting.

"We were the entire frontline team for the federal government," he said.

Kennedy also said that task force members had to use personal emails and private email accounts while trying to source PPE.

Kushner's task force failed to procure the necessary PPE, creating a mass shortage of vital equipment throughout the US, according to the New Yorker.

The magazine claimed that some medical workers had to improvise by using garbage bags as face masks due to a shortage of PPE, while others had to reuse equipment.