Mary Trump joined Ryan Tubridy on the Late Late Show to discuss her new book about the US President. 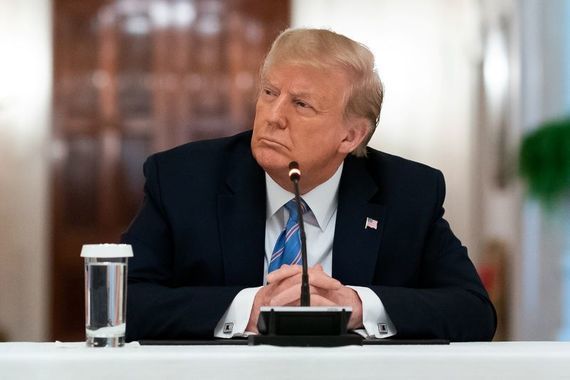 Mary Trump was speaking to host Ryan Tubridy about her new book "Too Much and Never Enough: How My Family Created the World's Most Dangerous Man", and claimed that the President has not evolved since his childhood.

Ms. Trump, a psychologist, blamed her uncle's behavior on his father, claiming that the President was brought up to be cruel.

She called Fred Trump Sr., her grandfather and the President's father, a "sociopath", who was unwilling and incapable of caring for his son.

Mary Anne McLeod Trump, Donald Trump's mother, fell ill when Donald was about two and a half years of age, Mary Trump said, and Fred Trump Sr. was unable to step into the void and look after his children.

Donald Trump thus felt abandoned at a crucial age in his development, according to his niece.

She said that Fred Trump Sr. thought Fred Jr., his eldest son, was weak because he showed kindness and sensitivity and that Donald learned early on in his life not to follow in his older brother's footsteps.

"Unfortunately, in my family, weakness meant being kind, apologizing, admitting your mistakes," Mary Trump told Ryan Tubridy. "Since there could only be one winner, Donald would do anything it took to be that person [who inherited the family business]."

She said that, even today, Donald Trump was still terrified of his father and that everything he did was an attempt to prove he was the right man to continue the Trump family legacy.

"He's that same little boy who was abandoned by his mom over 70 years ago," she said. "When Donald talks about how great he is, how everything he touches is the best thing, we need to remember that that grandiosity is in service to one person; my grandfather.

"It's as is if Donald is still trying to convince his dad not to kill him off in the same way that he killed off my dad."

"He is underneath all of it, a very terrified little boy".@MaryLTrump, niece of US President Donald Trump, and author of Too Much & Never Enough, on what she thinks goes on inside her uncle's mind. #latelate pic.twitter.com/NxL96PAY71

Mary Trump said that she used to be able to view her uncle with compassion because of how damaging his parents were during his childhood but said that that compassion evaporated when she saw immigrant children detained at the United States border.

"I react to him much more as an American citizen than I do as his niece," she said. "What he's been doing in the last three and a half years is unspeakable on so many levels... He needs to go."

She also said that Trump was much more than a common narcissist and said that he was incapable of empathy.