Mary Trump punctures the Trump balloon with a mighty bang... we see the man in the White House for what he is. 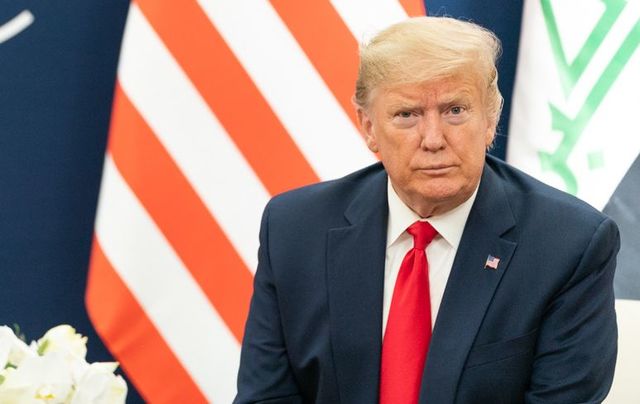 Mary Trump won’t be invited to  Thanksgiving by her uncle this year in the White House but she has done a remarkable job for the rest of us, showing how Donald Trump became the worst president in American history bar none.

The book “Too Much and Never Enough,” by Mary Trump, strips bare the Donald Trump illusion and reveals the scared, but vicious character underneath. It is a family expose in the grand style

As his niece, she saw him close up, watched the savagery and strife that shattered his family, and as a trained psychologist, explained how as a result, Donald Trump became the least well-equipped leader in American history.

Unlike Bill Clinton and all good politicians, Donald Trump does not feel your pain and the lower your stature the less likely he will care a whit about you.

Brought up by a  heartless father and emotionally detached mother he became a stunted man/boy constantly needing the approval and applause of others but remaining dead emotionally to other people’s needs.

Mary Trump describes in shocking detail the family dysfunction that rivals anything in a Eugene O’Neill play. Her own father, Fred Trump Junior died in his early 40s from alcoholism, never able to stand up to the bullying of his brother, Donald, and father Fred Senior, who were incensed he abandoned the family business to become a TWA pilot.

Fred Senior was a sociopath who delighted in bullying his sons and constantly ridiculed them. Fred Senior’s wife, Mary Anne MacLeod, a Scottish immigrant,  mostly ignored by her husband who considered women inferior, paid little attention to her children and suffered from deeply painful osteoporosis making her a non-factor in her children’s upbringing.

Mary Trump almost makes you feel sorry for Donald, deprived of love by both parents he learned early on how to compensate by being a bigger bastard than his own father was while promoting himself incessantly as a man who would be the king of New York real estate. It was all a facade and Trump aided and abetted by an admiring media, became a larger-than-life character whose every nonsensical utterance was treated as fact.

That didn’t matter when the playing field was New York real estate but when Donald’s delusions began, day one in the White House when he insisted against all evidence his inauguration crowd was the biggest in modern times, it was clear there was trouble ahead.

Tragically, Mary says, the lack of love meant Donald could never feel the pain of others, had zero empathy and crushed any sentimentality to appear just as tough as his father.

That lack of empathy would tragically come to haunt America in his attitude towards Coronavirus victims, his vicious handling of immigrant families at the border and his attempts to take away Obamacare for millions even in the teeth of the pandemic and, of course, it could be seen in his efforts to deport the DACA students,

Mary Trump exposes the lifelong lie that Donald Trump’s career was built on. The myth of him getting a million from his father and turning it into billions in real estate ownership is forensically exposed. Actually, Fred Trump gave him about $450 million, the book reveals, but Donald still managed to go bankrupt five times.

How this narrative was never made clear during his first presidential run is an incredible indictment of the media who were dazzled by the glitz but missed the real story of the fraud of the century.

Donald had learned his nastiness close at hand. Fred Trump Senior was obsessed with money and believed any means possible, lying, cheating, bribing was "all good" just as long as his real estate company became more profitable. Donald learned that to gain his father’s affection he had to be just as vicious. Poor Fred Junior who wanted away from the family business was treated as a traitor.

On the day Fred Junior lay dying from alcohol abuse in a Queen’s hospital, Donald went to the movies and Fred Senior went to work. Because Fred Senior never liked Fred Junior’s’ wife, he cut Mary Trump's family almost completely out of the will. Years later as Fred Senior was in the throes of Alzheimers, Donald got him to change his will to leave everything to him and cut out the rest of the family.

His scheme was exposed however and the family, except for Mary’s family, were reinstated.

After Fred Senior’s death, Mary refused to sign off on the will, which gave her family almost nothing, a  paltry $200,000 from a billion-dollar estate.

In retaliation for holding up the will Donald cut off medical insurance to Mary's brother’s young son who suffered from cerebral palsy. He refused to apologize for doing so.

The book shows how Trump was uniquely unqualified to deal with coronavirus, intent only on re-election and getting the economy open. Many voters finally saw through his perverse behavior such as scheduling rallies even while COVID raged needlessly putting supporter's lives in danger. It was all in the service of getting him re-elected. Putting lives in danger hardly cost him a thought.

Too late, many of the Trump supporters are now realizing they are treated as useful idiots by Trump who wants only power and the riches that go with it and will do anything to keep it.

Mary Trump has done the world a service in exposing how Trump became such an uncaring and egomaniacal individual. The Trump family household growing up was a breeding ground for hatred, racism (Fred Senior and Donald were sued for blocking Blacks from their buildings), and above all, obsession with wealth and status. But inside, Donald Trump despite all the trappings was a hollow man, with no beliefs other than how to get to the next big payoff, whether it was a fake university or incredibly, the White House.

To this day, Mary Trump notes, Trump is trying to please his dead father by proving just how nasty and uncaring he can be in his pursuit of vanity and wealth.

With sycophants six deep around him, it is so refreshing to hear a clear voice of dissent from a close family relative. Mary Trump punctures the Trump balloon with a mighty bang and the hot air disappears and we see the man in the White House for what he is - a conman and bluffer who made it to the highest office on earth.

This is a truly remarkable tale, one that will occupy presidential historians for centuries. Try as they might, the question may never be answered as to how such an utterly incompetent and likely deranged man made it to the White House. Somewhere Abraham Lincoln is weeping.

Read more: President Trump has yet to call Ireland’s new leader, as is normal