Why New York’s Governor Andrew Cuomo had to resign

"As in all Italian operas, the fat ladies sang, or in this case at least a dozen female employees who added their own crescendo to the plot." 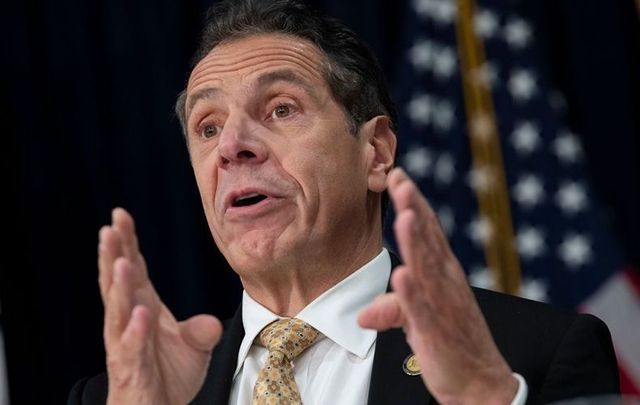 As his father's consigliere who took care of business to  being New York's truth-speaker during the pandemic, Andrew Cuomo made a huge impact but he could not stay in office after his treatment of the women he surrounded himself with was revealed He had to resign.

Mario Cuomo was known as an inspirational three-term New York governor who, at one point, was considered a favorite for the 1992 Democratic nomination before unexpectedly dropping out.

The story goes that Mario Cuomo had a plane fueled and crewed at Albany Airport ready to fly to Washington to make the announcement he was running when he decided to abort.

In his place, Bill Clinton, the unknown Governor of Arkansas, decided to run and the rest was history.

Mario Cuomo had an almost saintly public persona. He was a man given to philosophical arguments and recommending the works of liberal Jesuit, Teilhard de Chardin, who was widely opposed by conservatives. His son Andrew was considered the muscle behind the soft eloquence of his father. Andrew was the consigliere who ensured that battles were fought, elections were won and scores settled.

Andrew Cuomo was said to be behind the devastating meme “Vote for Cuomo, not the homo” when his father took on Ed Koch, who was single, in the Democratic primary.

Time passed. Mario Cuomo was defeated for a fourth term by a political unknown, George Pataki, and faded from the political scene.

Now it was Andrew's opportunity to shine, though he had the personal charm of a rabid pit bull. 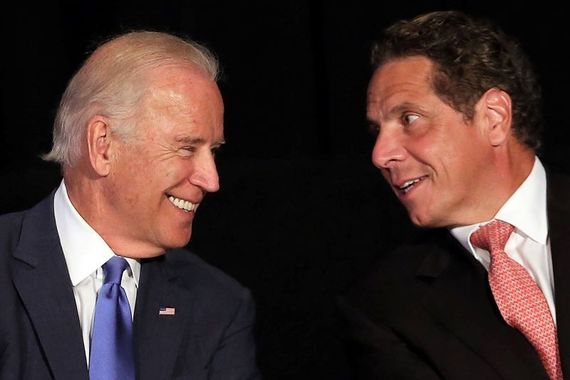 Nonetheless, at a time when political combat has become the nastiest anyone can remember, Democrats comforted themselves that Cuomo, at least, was their bastard.

Then cometh the hour, cometh the man, and the pandemic leadership shown by Andrew Cuomo turned him into a hero.

Who can forget those days when Donald J. Trump was afraid to tell the truth claiming there would be only a dozen or so deaths and Cuomo delivered the truth straight from the hip that a deadly pandemic was running amok and massive behavioral changes were needed. To a nation starving for truth, he was a Godsend and he shot up the popularity ratings, positioning himself very likely as a front runner for 2024 if Biden did not run again. 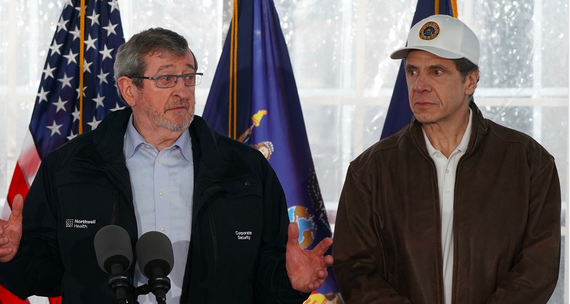 Dr. Michael Dowling and Gov Andrew Cuomo speaking to the press during the pandemic.

Then as in all Italian operas, the fat ladies sang, or in this case at least a dozen female employees who added their own crescendo to the plot.

Cuomo it seemed, as he stood tall for women’s rights, was a serial groper, regularly acting out in the most perverse way around female employees. The list of women and the sordidness of his actions became a national scandal.

Try though he might and argue as loud as he does Andrew Cuomo had crossed a line that has forced everyone from the President on down to call for his resignation. Now even his own top official, Melissa De Rosa, has resigned after a devastating column by Maureen Dowd on her in The New York Times.

This was not a fight Cuomo could win, especially given his legal team’s vicious assault on some of the victims.

Cuomo, with his history of seeking revenge for slights, imagined or real, should have been the first person to understand that he could not escape this issue. He harassed, groped, and humiliated female employees for fun. Vulnerable young women, the more vulnerable the better, were grossly treated.

Even the good deeds around his handling of the pandemic, his espousal of gay rights pale in comparison to this kind of remorseless and bad behavior, especially when he imposed himself on one of his security officers and had her transferred to his protection detail.

His career is in ruins, he is unelectable, maybe indictable and he has finally recognized the inevitable. The governor of New York was no longer fit for office. He had to resign.