It has now become obvious that Andrew Cuomo cannot escape his fate of being forced out of the governorship of New York. Along with the sex accusations, there is also a humiliating experience for a young staffer who he forced to sing “Danny Boy”. 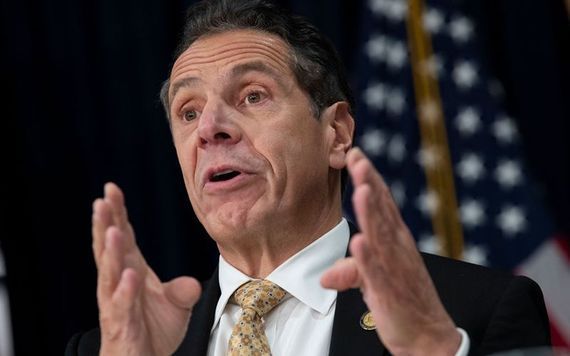 If you want to know what kind of a person Andrew Cuomo really is just read the following account from the transcript of the investigation into Cuomo by a young woman who was needlessly and publicly humiliated by the governor.

Charlotte Bennett, 25,  a victim of sexual assault before she came to work for Cuomo, was quizzed by Cuomo on her sexual experiences and past boyfriends and asked if she had ever dated an older man despite her obvious discomfort. Then she was forced to learn “Danny Boy.”

It is a damning indictment of a man who despite his obvious political talent and extraordinary handling of the pandemic crisis, was really at heart, deeply insecure and bullying, and the more vulnerable the person the more vicious it seems he acted.

He really has no business staying as governor of New York after details of his disturbing actions as written below surely show.

The imbalance of power between one of the most powerful politicians in the land and his new young and very nervous executive secretary is obvious. It is the way that Cuomo used that imbalance to humiliate the young woman that really bites.

All I can say as a former supporter is “Go Andrew before you get thrown out--somewhere your father, Mario, is weeping.”

On May 16th, 2019 Charlotte Bennett, a newly-hired executive assistant, was asked by Cuomo about her love life and told by the governor that he had no objection to dating young girls. He then, absurdly, asked whether she knew the lyrics to “Danny Boy.”

She said she didn’t and Cuomo produced a copy of the lyrics and told her to memorize them by that afternoon. Bennett set about learning the song and bizarrely, Cuomo would pop out of his office every so often and ask her to start singing the song.

Bennett emailed a friend outlining the strange behavior of the governor. and stated “He’s making me learn the lyrics to Danny Boy”

Soon after the governor called Ms. Bennett in and in company with two female senior staffers, asked her to first recite then sing the lyrics.

She resisted so the governor started singing the song himself.

She became visibly upset and was told to leave. When she went back to her cubicle in near tears a staffer told her that was how he tested newcomers checking their temperament, confidence, and ability to handle stress and anxiety.

It was also a very evident abuse of power, so blatant that along with the sex accusations makes his continuance in office impossible to imagine. He should resign pronto.