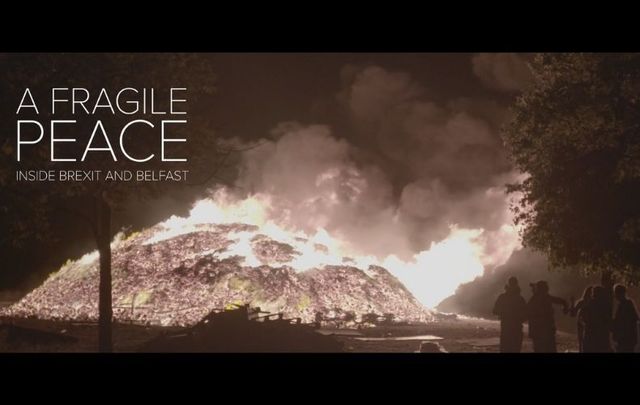 'A Fragile Peace: Inside Brexit and Belfast' is the name of an immensely timely new documentary that asks - 20 years after the signing of the Good Friday Agreement - does the threat of conflict loom over Ireland again in the form of Brexit?

Actor and director Rory Duffy (his work on the John F. Kennedy administration won the Judith Stein Award in Political Economy in 2018) is currently fundraising on Indiegogo to complete production on a hard-hitting new documentary that asks the big questions.

The last decade has seen a sharp rise in dissent groups in the North, he reminds us. Coupled with its fragile economy – it's hemorrhaging jobs and young people in record numbers – and held back by an intransigent and backward-looking politics, some are asking if Brexit will ensure the return of a hard border? Indeed what will Brexit's effect look like in Ireland? Will it lead to unrest again in the North?

The questions are so far-reaching that they can result in political vertigo. Does Brexit really have the potential to undermine the Good Friday Agreement and reignite The Troubles? If the UK really does leave the European Union, could the move remake diplomatic relationships and economies all over the world, especially in the North?

What might a hard border do to the peace? Will Brexit reignite violence or is it another step towards Irish unification? 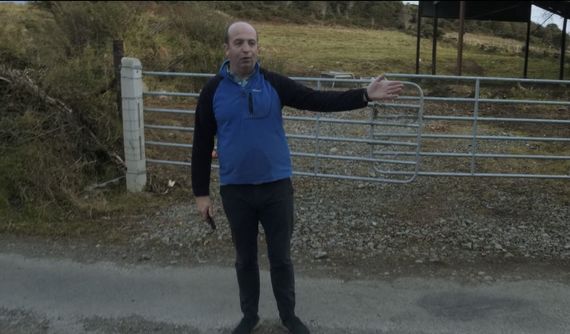 Farmer Damian McGenity on his farm that bisects the Republic and Northern Irish borders.

Duffy, a keen-eyed observer of the North's politics, knows that although relationships are far from perfect the Good Friday Agreement is the only agreement that has worked for all sides and that the majority of nationalists and unionists are committed to maintaining it.

Meanwhile, although small dissident groups who claim to be fighting the old war still commit random acts of violence they are smaller, not well organized or sponsored, and do not have the support of the people.

But could a crisis of immense power and economic influence allow these splinter groups to consolidate their power to the detriment of peace? These are questions that should keep politicians awake at night but half of them are acting like the only problem is that Brexit hasn't happened yet.

“Brexit has the power to bring back a hard border between the Republic and the North, create an economic crisis with taxations on beef and dairy products, and potentially create enough resentment and disagreement between the two communities that the Troubles violently returns,” Duffy tells IrishCentral. “It also has the potential to remake Northern Ireland’s relationship to the nation-state.”

The big question before us now – the question our leaders are not asking - is what must be done to ensure the Troubles do not return and peace is maintained even if Brexit is a hard landing?

Commenting on the results of Brexit, the late Deputy First Minister Martin McGuinness immediately called for a vote on reunification in Ireland. “Dragging us out of Europe will be to the detriment of all our citizens and will be bad for business, trade, investment, and wider society,” McGuinness said.

But First Minister Arlene Foster, leader of unionism, shot down McGuinness’s request stating “a border poll on the reunification of Ireland, as called for by Sinn Fein, will not happen.”

But now that the views of Nationalists are being disregarded in Belfast and London respectively, Catholic attitudes to the union are unarguably at their most jaundiced since its creation almost one hundred years ago. As former Ulster Unionist leader Mike Nesbitt said recently, Brexit could turn out to be the biggest own goal by Unionism in one hundred years.

To aid Duffy's production and to get these questions addressed and answered, you can visit his Indiegogo page - A Fragile Peace: Inside Brexit and Belfast.