"The Lucky Star" brings to life the luminous letters sent to Richard Hollander's father from his Jewish family in Poland during the Holocaust. 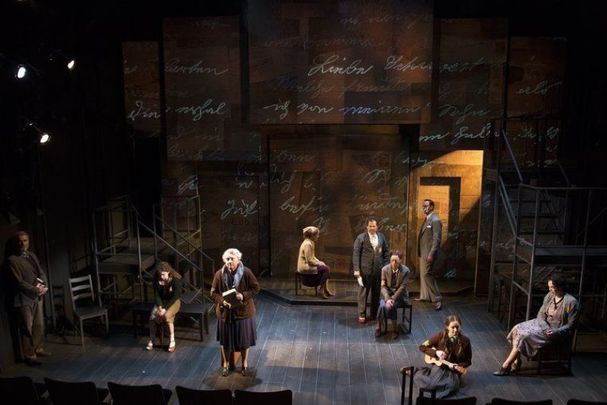 The Holocaust is an event unique in history. It was mass murder on an industrial scale, conducted in death factories created by German engineering, with their technical know-how and famous efficiency.

Before it happened, it was inconceivable. After it did, its legacy so haunted those who managed to survive that many of them found they could not reopen the chapter without fear of personal dissolution.

Based on his book “Every Day Lasts a Year: A Jewish Family’s Correspondence from Poland,” the show brings to life the luminous letters sent to Richard's father from his Jewish family in Poland during the Holocaust.

Onstage, Hartman presents a vivid portrait of a prosperous and learned Jewish family seeing their inheritance and future slowly curtailed, which they manage to evade the censors to catalogue in long, marvelous letters.

Irish American actor Danny Gavigan plays Joseph, the “lucky star” of the play's title, who discerns the danger of Nazism long before his cautious relatives. A high-end travel agent, he has the money and connections to secure his family travel visas and train fares to flee Poland. But with their roots and incomes on the line, they adopt a too cautious wait and see attitude, with fatal consequences.

Joseph flees but his family remain. “One of the benefits of doing this show is you tend to have conversations with your family to learn about your history,” Gavigan tells IrishCentral. “I come from a big Irish Catholic family and much like Joseph Hollander, I have three older sisters. I identify with that type of household and the immigrant experience.” 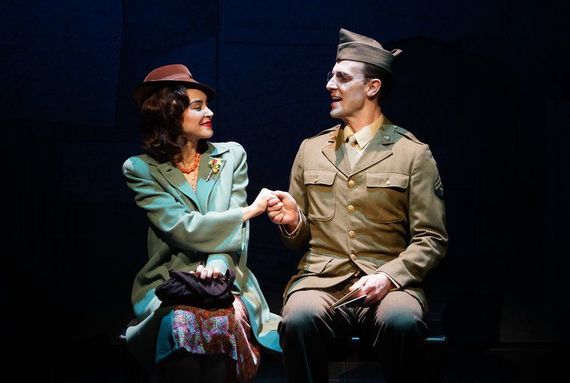 Cultural and historical parallels between the Irish and Jewish people are usually cautiously made, but often heartfelt. Generational trauma, a sense of provisionality, of uncertain welcome, a life spent or half spent bracing for impact or waiting for the piano to drop. Sound familiar?

“I feel like there's so many aspects to these stories onstage that no matter where you come from, or what your religion, your race, your ethnic background may be, there is something in this family that everybody can identify with,” Gavigan says. “Whether it be a big family, like an Irish Catholic family versus a Polish Jewish family, we can see ourselves in them.”

“The family I play the matriarch of in this play imagined that because they were educated, because they were well off, because they spoke several languages, German included,” Soules tells IrishCentral, “they believed that they would not be the instantaneous targets of the Germans, even though they were Jewish.”

“In a certain sense, it probably did give them a longer life than they might have had otherwise. But they turned down the opportunity to leave because like most of us when there's a problem we don't move until it becomes absolutely dire. You don't go to the dentist when you have a little twinge in your tooth, you wait until it hurts so bad you cannot help it. And that's not a great analogy, but it is often how we deal with pain or the possibility of in this case, invasion, you know.” 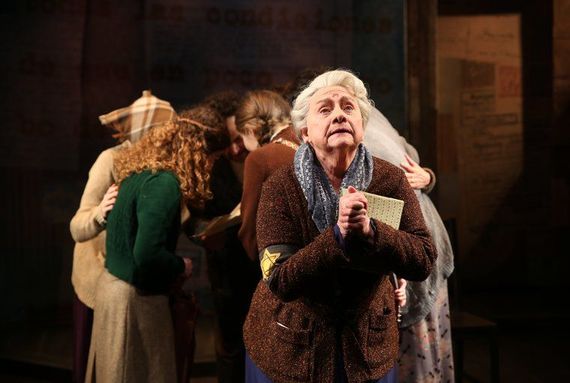 Dale Soules as Berta the family matriarch in The Lucky Star. (Carol Rosegg)

As the play makes clear, the real-life Joseph was not welcomed with open arms in Portugal or Italy, or even America when he flees. Fearing mass displacements, the governments tried to turn the arriving Jewish refugees around or refused to even let them land. It's an old, despicable game that we still see playing out across the world in 2022.

“What's remarkable is that Richard's real-life family wrote the largest cache of letters to come out of Krakow, Poland between 1939 and 1941 that exists,” Soules adds. “It's all one family and they were prolific. So it's very interesting material. And I'm struck by how they tried to keep him bolstered and happy, especially the mother, about their situation, trying not to worry him. They're under Nazi occupation and they're trying to keep his spirits up.” 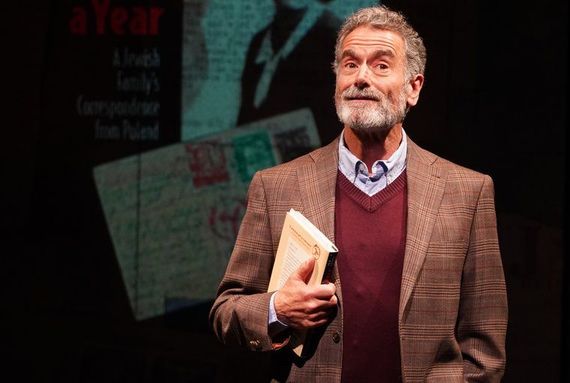 It took Richard Hollander decades to open the pandora's box which turned out to be the greatest record of daily Jewish life under the Nazi occupation of Poland. Confronting his father's past meant confronting himself, the play makes clear - and the world for what it has made of him – and so he held it off, year after year.

Hartman's play addresses themes that seem ripped from recent headlines, which shows you how little history has taught us. But the play also connects with the spirit and love seen in those letters, and the family whose legacy survived the worst the world could do to it.

That hope is the little affirming flame you carry out of the 59East59 Street theatre. Don't miss this all-too timely production. For tickets, click here.