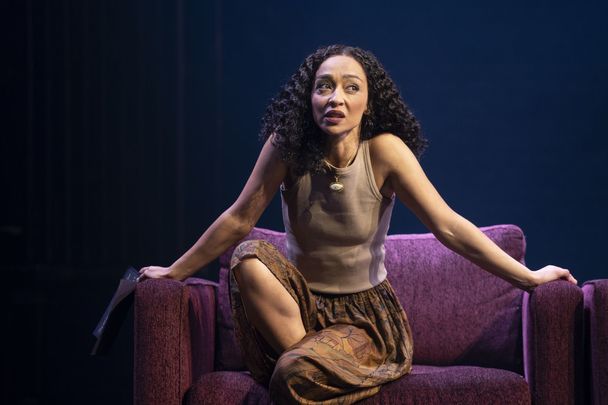 Ruth Negga is a movie star in the grand old Hollywood sense (and an undisputed fashion icon) but now she's also a Tony-nominated Broadway actress.

Shakespeare's plays are filled with memorable female characters, but even by his standards, Lady Macbeth is one of the queens of them all. Complex, scheming and more than a match for any man, it's an Everest of a role. 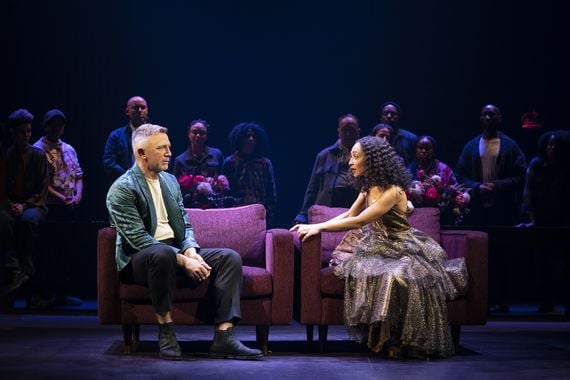 The first thing that strikes you about Negga's all-electric performance is that she's playing the role in her own Irish accent. But what led her to make that choice?

“I don't really get to do it very often,” Negga tells IrishCentral. “I think when Irish people talk, the stakes are always high. There's always a bit of drama. So for me, it's just a natural thing. And like I don't know what my accent is now because it's part Southeast London, a bit of Limerick and it's probably mostly American now, so I dunno what I'm doing up there, but I like it!”

In her recent film "Passing" Negga played a Black woman who can pass as white, someone living halfway between one world and other, and the film carefully shows us how all sides can get upset by that and look for ways to neutralize the supposed threat, or literally push it out. Growing up Irish and Ethiopian in Limerick, that's a liminality that Negga has talked about before.

“I mean I don't know if it's specific to the Irish, but it's definitely specific to me because – and I've talked about it a lot, I'm quite open about it - but when I was a kid I was bounced around a lot and I often felt very othered when I was in England let's say.” 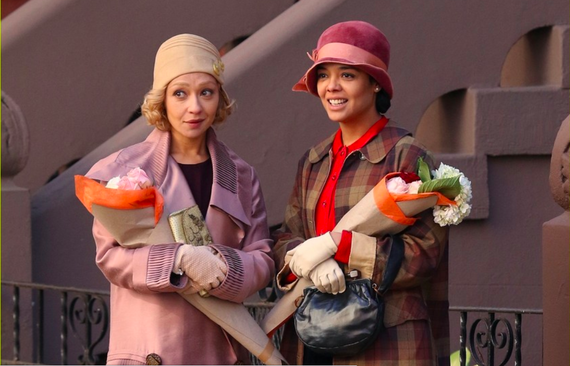 Because of that experience some of the acting roles she connects with most give her an opportunity to express and be a medium for the kind of people who don't fit necessarily, she says. “Sometimes they wish to fit in and sometimes they don't, because there's great power in standing out, you know? There can be.”

“Passing is about how toxic it can be to subsume what makes you unique and how it can be so corrosive to one's sense of self and one's soul and how dangerous it is. And I've always personally taken affront to that, you know how dare someone deny my potential, the only person who's gonna decide my own potential is me.”

That kind of defiance can be a fuel too, Negga adds. “Certainly it was for me. I told myself that I never ever want to be stuck anywhere. I don't want to live in a box that someone else thinks it's their right to assign me to. I don't feel like I had a rebellious spirit or anything, it's just that I felt that's the way things should be. You should be able to define yourself for yourself, and not be as the poet Audre Lorde says crushed into other people's fantasies about who you should be, because it suits them better.”

“Lorde teaches you about radical self-care, which is interesting because outsiders really need that. You need to look after your special bits that make a difference, you know?” 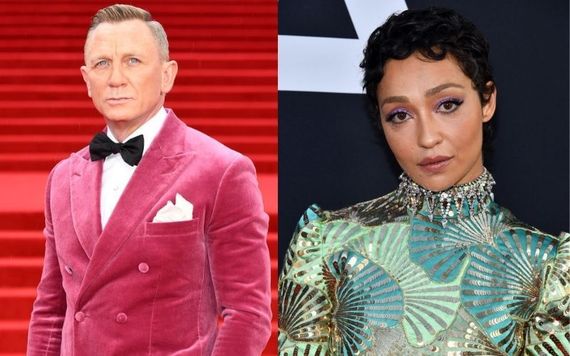 As for Lady Macbeth, Negga says that “I feel like she's not an inherently bad person, it was very important to me to show that her main personality trait isn't to acquire power. She has a vibrancy about her, a love of life, a love of her partner, I wanted to find like the joy in her.”

Is there an Irish play she wants to act in, I ask her? “All of Marina Carrs plays,” she replies unhesitatingly. “I'm obsessed with her. I adore her as an artist and as a woman. I was meant to do Portia Coughlan in London a couple of years ago, but the pandemic put paid to that. I just think she's just a genius.”

The creativity coming out of Ireland is extraordinary right now. Does she feel connected to it? “Absolutely. The thing about Ireland is that it's a very unique country with a unique place in the world because when it seems like everything's going backward you look at Ireland and you think maybe not because it seems to be emerging from its like cocoon of years of being sort of frightened of itself, being frightened of its own power. I feel like it's becoming more sure of itself.”

“We're also seeing all these kids from other places, who are growing up and becoming adults and they're Irish and it's brilliant and they have a sense of identity and also bring sort of a wealth from other cultures too. I think we're in a great position to integrate that in a healthy way without separating people and dividing. I mean, the opportunity is there, it's just that we have to be committed. And I think there are people who are committed to that.” 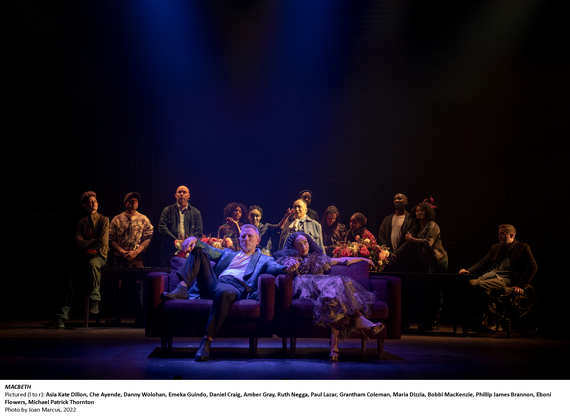 It turns out it takes about a hundred years to shake off colonialism and find your voice again after that disaster, so maybe the lesson is to be a little more outward reaching?

“That's a really lovely way of putting it,” Negga says. “We've always been a country that's reached outward because it's had to, it's a tiny island that got dominated by the bigger island next door. We have had immigration and migration back into the country. So many of its citizens have explored the world and brought Irish culture to all different parts of the world. So really it's a world culture. We're everywhere.”

Back in the eighties, I discovered a writer I think might be important to you too, I say. I went into the Bookworm shop in Derry and opened up James Baldwin's novel Another Country. That book went off like a rocket in my hands, it gave me a context and an understanding, and a list of potential futures. It was an outsider talking to an outsider. Do you know what I mean?

“I could cry listening to you,” she replies. He changed my life, I continue. It was like a god speaking from a cloud. It gave me something to arm myself with. Do you know what I mean?

“I do. Baldwin's intellect, the way he kind of was able to be so emotionally open and you could still see his wounds. That was such a generous thing for an artist to do. Like that's why people make art. That's literally why people make art and that's people why we need it. That's just one story – yours - and that amazing.” 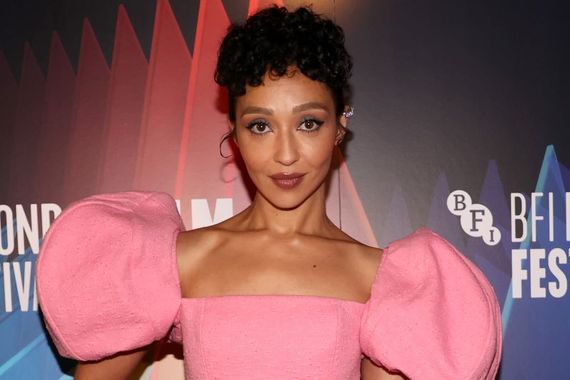 When she read the book Shuggie Bain for example she remembers thinking God, we're everywhere. “All these kids who might be growing up in places where they don't quite fit in. And, and it's really important to them to know that there is a life for you. There is a love for you.”

“These are the conversations that make me sort of go, “Oh, I get it. I get it. This is why we're doing it.” And to be honest, I have that in the back of my head all the time. Like, I feel very motivated and everything, but when you hear like actual, real stories of it actually happening, you're like, well, there you go. There you go.”

Ruth Negga is now starring in Macbeth on Broadway.