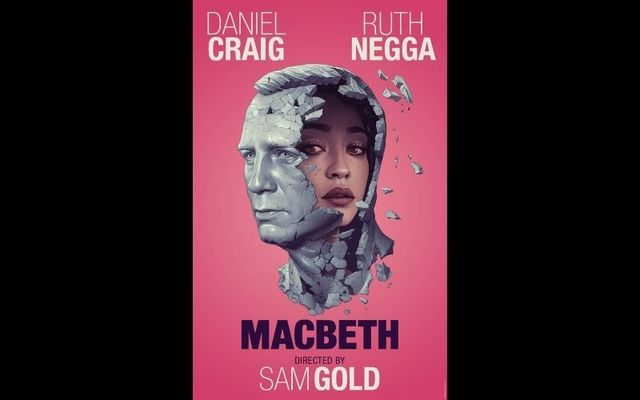 "Macbeth" is set to open on Broadway on April 28. Ahead of opening night, Negga and Craig talk about pre-show jitters and the Limerick star's power on stage.

Covid outbreaks have impacted so many Broadway shows, including "Macbeth," which stars Irish actress Ruth Negga and Daniel Craig. Craig tested positive earlier this month and "Macbeth" was due to resume shows on April 12 – opening night is Thursday, April 28.

Negga, who turned 40 earlier this year, spoke to Town & Country magazine about taking on the role of Lady Macbeth opposite Craig, who’s best known for playing James Bond five times.

“There comes a point when I’m terrified to let go, and yet it’s only when I surrender that the good s*** happens,” she says. “If you weren’t scared, you’d be bonkers. It is scary, propelling oneself into the unknown.”

Craig also spoke to the magazine about his Irish-Ethiopian co-star and how thrilled he is to work with her.

“You meet somebody, are thrust into a studio, and then told to pose with them, but Ruth was very sweet and easygoing,” he says of the first time they met.

“We needed to grab a moment so that we could get our relationship as real as possible,” he added, which entailed inviting Ruth to his apartment for dinner.

“She’s got that incredible quality, you can’t take your eyes off her, and she’s powerful in a very complicated way. It’s a gift to have her in the room, to have her energy and her insight.”