What does his deep love of Irish poetry tell us about Joe Biden's ambitious vision for America? 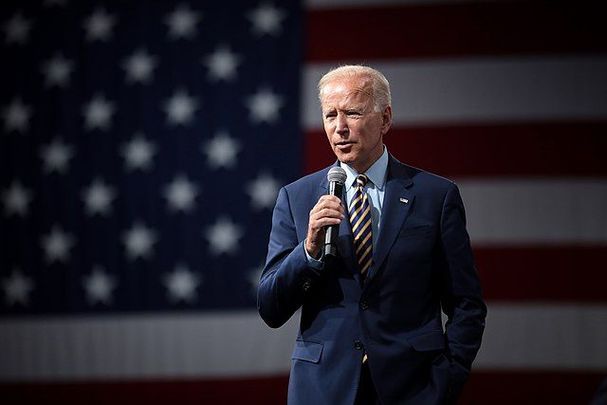 A striking new ad by Joe Biden makes reference to his lifelong love of Irish poetry, but the ad goes further – like the Irish poet that he quotes, Nobel Prize laureate Seamus Heaney - it proves that Biden believes that in dark times Irish poetry is strong enough to help.

I can vouch for this. I was in the opening night audience at the Guildhall in Derry on Monday, November 5 in 1990 when “The Cure at Troy,” Heaney's unforgettable play which Biden quotes from, debuted.

Heaney's play presented us all with the dilemma of a wounded man who could not get past his own suffering or find forgiveness for those he felt had a hand in it. The play made no crass political pronouncements or appeals, however, nor did Heaney have any patience with those who tried to find them.

“People misunderstand the idea of a play – any play – if they think it's a cure for life,” he told an interviewer at the time. “There's a sealed-border between the house and the stage.”

"History says, don't hope
On this side of the grave.
But then, once in a lifetime
The longed-for tidal wave
Of justice can rise up,
And hope and history rhyme."
- Seamus Heaney pic.twitter.com/7nB1ytYlvm

Heaney's circumspection was understandable because the traumatized audience was scanning each line for the merest hint of a reductive Gael versus Planter narrative, to classify, celebrate or dismiss what they were seeing and hearing even as it unfolded before their eyes.

But Heaney knew us far better than we knew ourselves. He gently reminded us that living with the cost of reconciliation is better than the pain of an untreated wound.

But he did much more than that. It was 1990. The war had lasted for 21 years and had resulted in a murderous standoff. Progress seemed like an unattainable dream, peace seemed impossible. And yet onstage we watched the working out of something indissoluble.

It wasn't a trick or a sentimental hoodwink or deus ex machina, it was a hard and implicating call to the deepest parts of our natures.

At the end of the play, I looked around and thought we were somehow different to ourselves. Stepping back out into the dark November evening borders were dissolving that had once seemed solid, as indeed they would continue to.

This storm will pass, and a new day will come. pic.twitter.com/PewrMRuRXx

So the arrow that went up that night in Derry, to paraphrase George Steiner, came down on the 10 April 1998 in Belfast with the Good Friday Agreement. I don't think it's hyperbole to suggest that Heaney had a major hand in the agreement that was reached. And in his recent ads it's clear to me that Biden knows this.

In Ireland poetry isn't a thing apart, it is in the heads and hearts of the people like few places on the planet. Everywhere Irish politicians congregated in that decade Heaney's words were read aloud. The bard had spoken and the clans responded to the call. Even Bill Clinton quoted Heaney's poem back at us from the steps of the Guildhall in 1996. I remember that, I was there too.

I bring all this up because Joe Biden was one of the politicians that the poem had spoken deeply to. As a young man, Biden had fought his own childhood stutter – and taught himself to speak – through Irish poetry. He read and recited W.B. Yeats until it became for him what's Yeats' poetry is for us all, a cornice stone of civilization and a call to the restoration of the complete self.

These famous lines must have stopped him, as they stop anyone who reads them:

Many times man lives and dies
Between his two eternities,
That of race and that of soul,
And ancient Ireland knew it all.

Too right they did. There's often a talismanic out-of-time quality to Irish poetry that can gently steady the hearer. Lines often come back to us in extremis, reconnecting us to the source of things, allowing light to break and the heart to open. 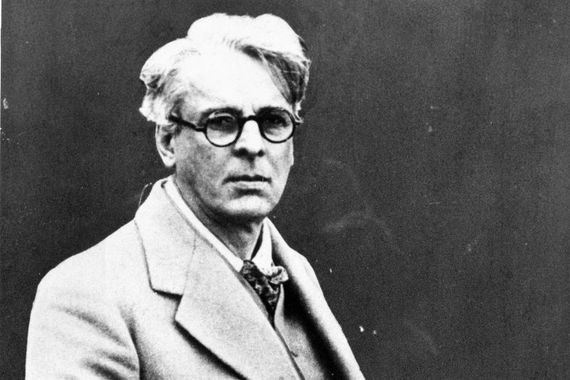 If you understand Irish poetry – and Heaney's poetry - you will begin to understand the ambition of Biden's vision for America. It has not been much discussed in the press, but it is a profoundly healing vision, one often forged in grief, and what is this if not a season of grief?

Looking at him now I can see in what Irish poetry has taught his gaze: it is compassionate, it is forgiving, it knows sorrow and elation and it looks beyond it, to the woman or man.

I don't know which vision we will choose on Tuesday, the vision that brought peace and prosperity to a warring Ireland, or the catch cries of our inconsolable clown.

I just know that we are at a fateful crossroads and like the anguished man at the center of "The Cure at Troy,' the path we choose now will become where we live and who we live to become.