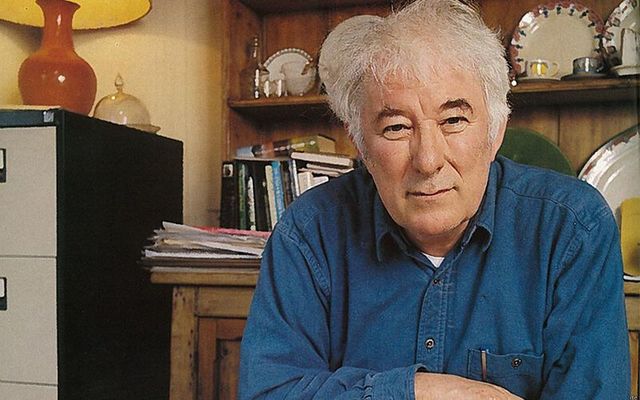 Seamus Heaney's words, quoted yet again by Joe Biden at the Democratic Convention, still resonate today. Trinity's live-streamed event will examine his presence in the cultural landscape and the images that spoke to him.

This online event, Fields of Vision: Seamus Heaney and Society, takes place on Zoom on Wednesday 2 September at 7pm IST / 2pm EST. Hosted by the Trinity Long Room Hub Arts & Humanities Research Institute, the event is free and all are most welcome to attend: registration details can be found here. It will also be live-streamed on Facebook via IrishCentral and Trinity's Long Room Hub.

When Joe Biden quoted Seamus Heaney at the Democratic Convention he was borrowing the words of a poet he trusts. The famous lines he delivered as he set out his vision for the US come from Heaney’s play The Cure at Troy:

On this side of the grave,

Of justice can rise up

And hope and history rhyme."

The resonance of these words when hope is under threat could hardly be overstated; nor could their appeal to politicians seeking the rhetorical grace and moral energy needed to persuade and inspire.

The standard context for Heaney’s “hope and history” passage is the Troubles in Northern Ireland and the steps towards their conclusion. Considering this in the 2000s, Heaney said: “I was grateful to see the lines enter language of the peace process”.

Bill Clinton was among those who alighted on the passage, quoting it to a rapturous crowd, in Derry, in 1995, an occasion on which he shared a platform with, and paid warm tribute to, the late John Hume.

Heaney, though, saw some need for caution around this innately inspiring passage, which is spoken by the Chorus in the play. The world teaches us that hope is hard-won.

Quoting other lines from The Cure at Troy when he discussed the play in 1995, he said: “I was and am inclined to ‘suspect too much sweet talk’ as the final chorus says; and yet, as that chorus also says, one must ‘never close one’s mind’ to the possibility of good as well as bad developments.”

When he was writing The Cure at Troy, at Harvard, in spring 1990, his hope for progress in Northern Ireland was at a low ebb, as was his impetus to write about it.

He felt a “deep impatience with the expected and by now artistically overworked subject-matter of ‘The Troubles’”, particularly when he saw signs of change elsewhere: the fall of the Berlin Wall, in November 1989, the election of Václav Havel as president of Czechoslovakia that December, the fall of the Ceaușescu regime in Romania and, in February 1990, the release of Nelson Mandela after 27 years in prison. The poet’s conscience in The Cure at Troy was truly international.

Heaney witnessed those momentous events in the same way that we all witnessed the great events of the pre-internet 20th century: at a remove, through the words and images of the media. But his impressions of them were informed by a crisis of which he had direct experience.

Heaney’s growing prominence from the late 1960s onwards ran parallel to the evolving conflict in Northern Ireland. Throughout his career, he felt both obliged and compelled to process his personal and artistic responses to that crisis. Brilliantly and taxingly, he explored what it means to watch, to look, to see, and to witness, understanding the challenges involved in all those actions.

So, Heaney was a visionary poet in profound and various ways. To take one example, in the summer of1969, he traveled from Belfast across France and Spain with his family. They spent time in Madrid. It was hot, and he sheltered in the cool galleries of the Prado Museum, where he was drawn to the work of Francisco Goya. 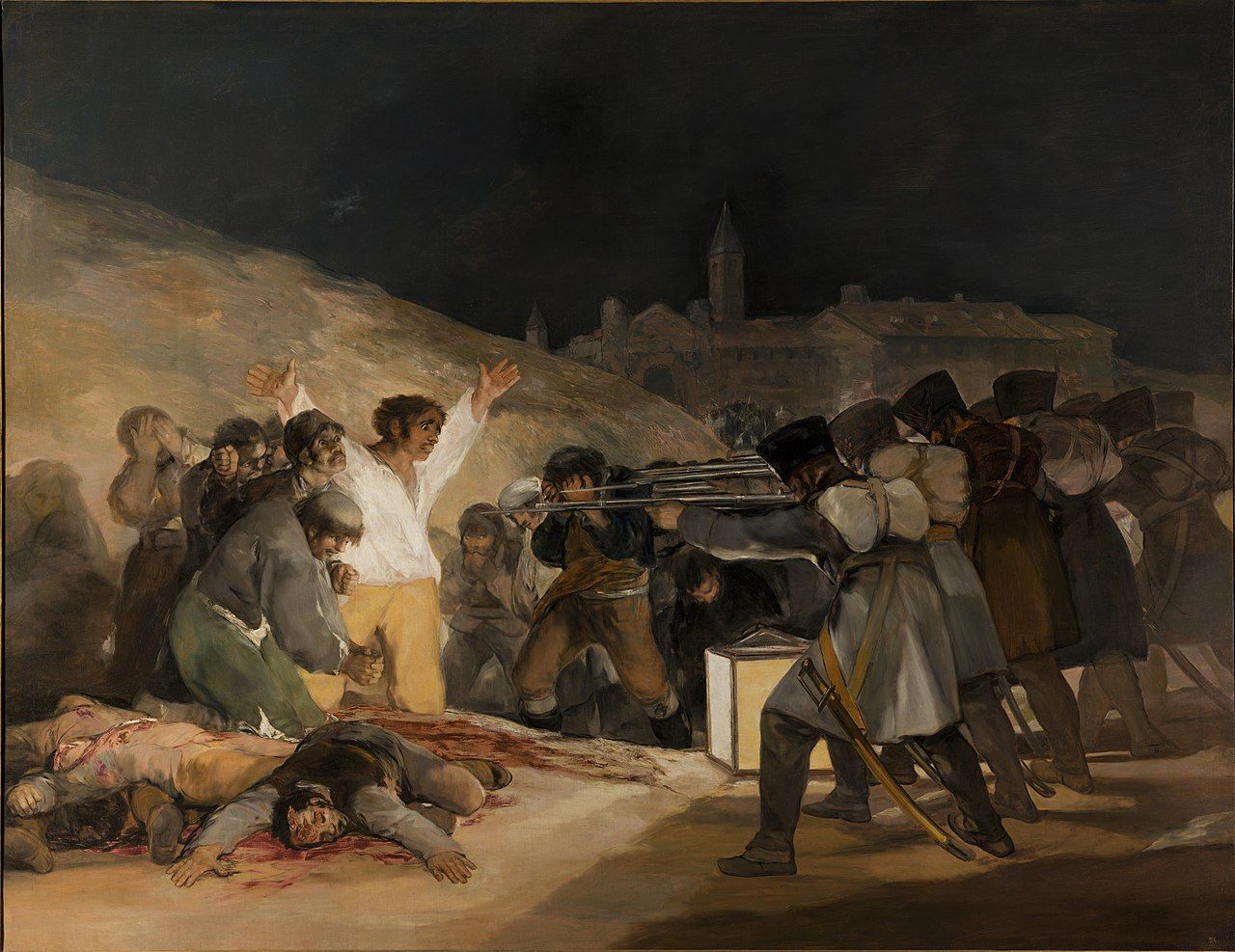 El Tres de Mayo (Third of May) , by Francisco de Goya, from Prado.

Goya’s unsparing depictions of violence, including the iconic painting ‘The Third of May, 1808’, fascinated him. When he recalls them in his poem ‘Summer 1969’, he invites us to see them alongside other troubling images he saw that turbulent summer, framed by the television screen:

"We sat through death-counts and bullfight reports

On the television, celebrities

Arrived from where the real thing still happened."

This summer, the screen of the laptop, tablet, or phone continues to be a focal point in our social and cultural lives. At Trinity College Dublin, as we considered how to mark the seventh anniversary of Heaney’s death, a focus on images seemed timely.

In our event this week, "Fields of Vision: Seamus Heaney and Society", we’ll consider pictures that spoke to Heaney, including Goya’s "The Third of May", and how they shaped his key preoccupations, such as the relationship between art and violence.

We’ll look, too, at pictures of Heaney, exploring how his presence on the cultural landscape was mediated by the camera, from the impact of his early appearance in Vogue to the respect and affection he commanded as Ireland’s fourth Nobel laureate.

Christopher Morash, Seamus Heaney Professor of Irish Writing at Trinity, will lead the conversation, which will be guided by Heaney’s own words, read by the distinguished actor Adrian Dunbar.

In April, when Ireland and the United Kingdom were in lockdown, Adrian Dunbar turned to Heaney to deliver greetings to the Irish community in London. He read ‘Death of a Naturalist’, the title poem from Heaney’s first book. Rich in images, the poem takes us into the world of Heaney’s childhood, and it is another reminder that his ways of seeing have much to show us.

This online event, Fields of Vision: Seamus Heaney and Society, takes place on Zoom on Wednesday 2 September at 7pm IST / 2pm EST. Hosted by the Trinity Long Room Hub Arts & Humanities Research Institute, the event is free and all are most welcome to attend: registration details can be found here. It will also be live-streamed on Facebook via IrishCentral and Trinity's Long Room Hub.

To find out more about the Trinity Long Room Hub, visit www.tcd.ie/trinitylongroomhub.