Brexit shows Britain going backwards rather than looking ahead

Who would have thought that the people who would most end up yearning for a past that can never be attained again would be them and not us? 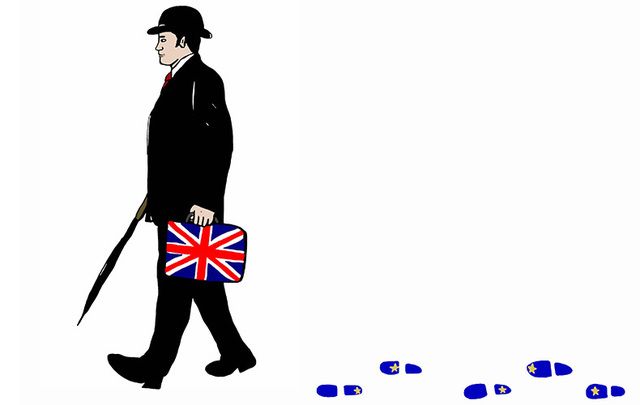 "The British have been busy debating what makes England English." iStock

The British contribution to Irish affairs has had a long history and, you may have heard at some point, not all of it has been entirely salubrious. Occasionally they have pursued paths that have had fateful consequences for our own little island.

It seems we are still not quite out of the woods in that regard yet.  Brexit, the name given to the U.K.’s latest lamentable episode of ill-considered chauvinism, will have profound implications for Ireland that voters in the U.K. have spectacularly failed to consider. Not for the first time, they have been content to let other nations pick up after them.

On the bright side, however, they have set an example that we in Ireland should take enormous care not to repeat. Let’s say a hearty ni maith liom to their anti-immigrant fever, to their catchy political sound bites over simple common sense, and to the ever-growing authoritarianism of their Conservative Party for a start.

Brexit has finally put paid to the notion that England is an outward looking, egalitarian society, a place where citizens trust their own political leadership to govern effectively, and where migrants are respected and welcome instead of menaced and scapegoated.

There’s no earthly reason now to believe a word of what you have been told, that Brexit was all about sovereignty or trade or standards or anything else. In reality it was an undeclared culture war between cosmopolitan London and the sour, insular shires further north that finally cleared their throats and told the capital exactly what they thought of it after decades of being overlooked or ignored.

Instead of the promised economic dynamism Brexit was supposed to unleash, we now see a panicked exodus of the financial sector on which much of the city depends, in favor of a sad return to the unquestioning conformity of the 1950s, to the boring pre-rock and roll era of deadly dull summer fetes of cold tea and boiled ham sandwiches and week-long coronations.

Recall that the moronic headline on The Sun’s front page on Brexit day was “Dover and Out,” a self-defeating battle cry that actually highlights that they’re busy painting themselves into a corner, not emerging from one.

Instead of marching confidently into the future, the U.K. is now a place where slippery used car salesmen types like former politician Nigel Farage and Boris Johnson can wrap themselves up in the Union Jack while selling fraudulent tickets to the past.

Brexit was also an undeclared class war too, to be honest. One where the leafy middle and upper class suburbs of the south (with the help and support of the ministers who were in their pockets) fought a losing battle against the faraway working class shires who had languished in poverty, unemployment and neglect for generations. Used to winning, the well heeled and the jet set were astonished to discover they had somehow lost.

Generational poverty, pit closures, the dead end of industrialization, the shrinking of the national economy, the rise of the metropolitan super rich and the fall of the great middle class all really got started under Margaret Thatcher, and Brexit was a logical conclusion.  Having run out of nations to invade and exploit, Blighty finally took its ball and went home.

To think that for generations many of our ancestors in Ireland bought the lie that Britain was any less atavistic or corrupt than our own fair isle? Now we now know that there’s not a hair’s breadth between us, and Brexit has been bracingly cold water to the face of our carefully nurtured post-colonial inferiority complex.

But while the British have been busy debating what makes England English, thanks to their successful series of invasions, we in Ireland have already had quite a head start on all this post-colonial navel gazing.

It will be interesting to see if the insatiable yearning for a lost Eden becomes an identifiable characteristic of the British, rather than an Irish, in years to come.

After our own lost Gaelic world was exploited and all but annihilated by their ruthless colonial machine, who would have thought that the people who would most end up yearning for a past that can never be attained again would be them and not us?