Ashling Murphy's senseless murder continues to send shockwaves through the global Irish community, especially in New York, where a vigil was held in her honor on Friday. 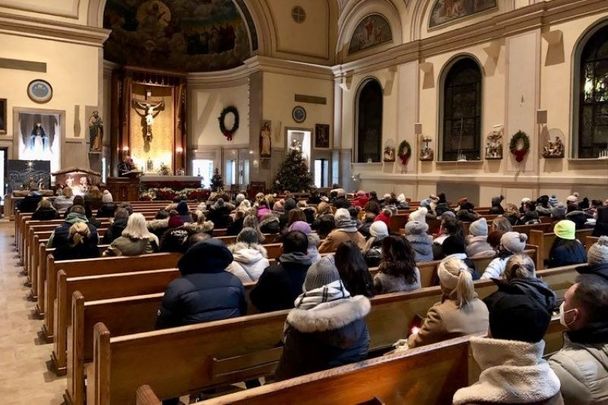 An estimated 200 people turned out in Yonkers, New York, on Friday night for a vigil in memory of Ashling Murphy, the 23-year-old teacher who was senselessly murdered in Tullamore, Co Offaly, on January 12.

The vigil, organized by the local Aisling Irish Community & Cultural Center, saw a crowd of people gather at the center’s location on McLean Avenue in the close-knit and predominantly Irish and Irish American neighborhood.

"With a myriad of questions from people in the community asking what one can do in this situation, it’s clear the sentiment of Ireland is here in New York, particularly on McLean Avenue, where the outpouring of grief and shock is tangible," the Aisling Irish Center said in a statement on Friday.

Making my way down McLean Avenue on the cold Friday night, I wasn't sure of how many people would be in attendance for the vigil. While there had been an outpouring of emotions across social media, both in Ireland and abroad, would that translate to an in-person gathering in Yonkers? 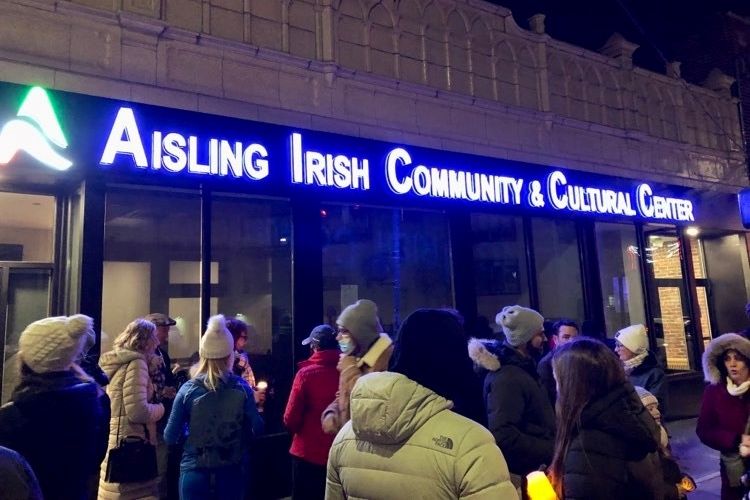 People gathering at the Aisling Irish Community Center in Yonkers for the Ashling Murphy vigil.

In retrospect, I should have known there would be a strong turnout. In times of incomprehensible tragedy, the Irish, especially in this neighborhood which is affectionately known as 'Little Ireland,' rally in support, and in this instance, rally in prayer.

Father Brendan Fitzgerald, the pastor of St. Barnabas Church, led the crowd - a mix of young and old, male and female, Irish and American - in several rosaries as they carried lit candles from the Irish center to the church about two blocks away.

It's safe to say that many of the people at the vigil on Friday, myself included, were raised Catholic but aren't regular mass-goers anymore. However, it was clear on Friday that for many Irish and Irish Americans, the church remains a place of comfort and refuge in times of senselessness.

After leading prayers in the church, Father Brendan invited those in attendance to proceed to the altar and place their lit candles in front of a display of pictures of Murphy, culminating in a beautiful yet heartbreaking scene. 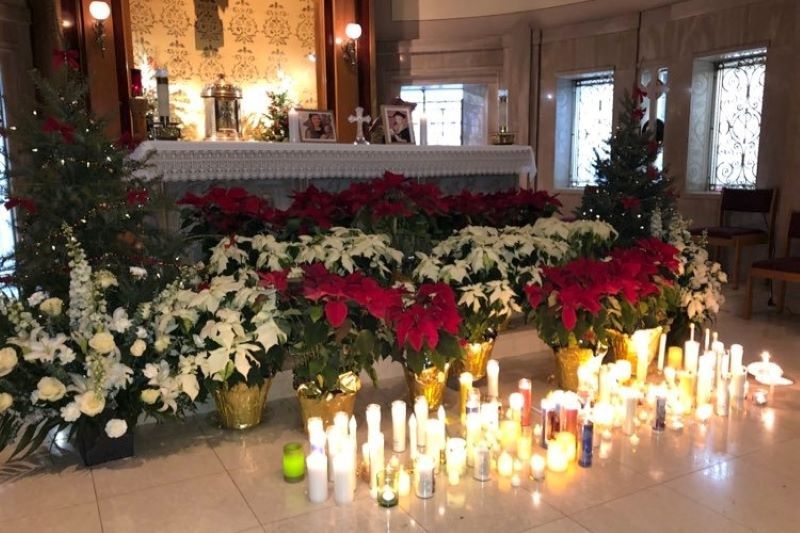 Murphy's tragically recent college graduation portrait and a picture of her with her fiddle could have nearly been a mirror for some of those in attendance at the church. Perhaps hardest to grasp about the murder is that Murphy could have been anyone. 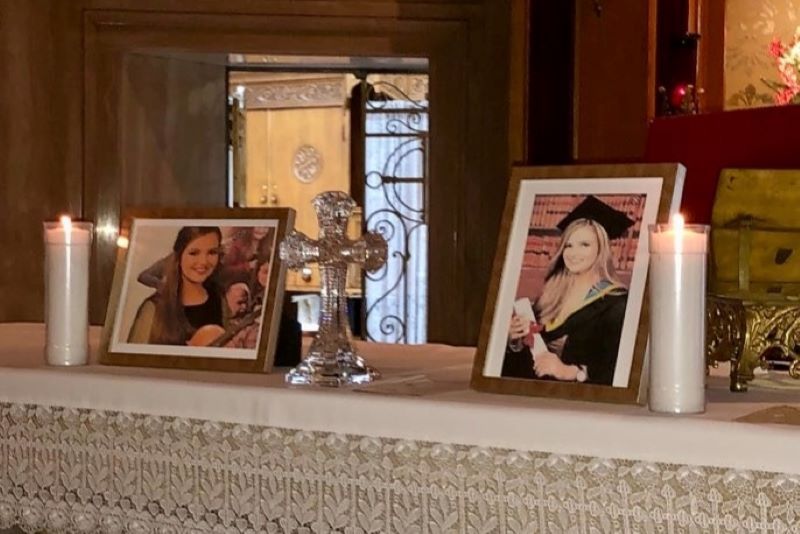 Photos of Ashling Murphy on the altar at St. Barnabas Church in the Bronx, New York.

The gathering, more than 3,100 miles away from the scene of the unimaginable crime, is a small example of the shockwaves that Murphy's death has sent through the global Irish community.

In Ireland on Friday, thousands of people gathered in towns and cities across the country to pay their respects to Murphy and her family, with more events to take place in the coming days.

At the time of publication on Friday night, gardai were still investigating Murphy's death; they said earlier in the day that “significant progress has been made.”

While Murphy's murderer will hopefully be brought to justice, it will never bring any sense to the tragedy.