Mourners brought flowers and candles to a vigil outside Dáil Eireann on Friday afternoon, while musicians, including some of Ashling's friends, played traditional Irish music for the crowd. 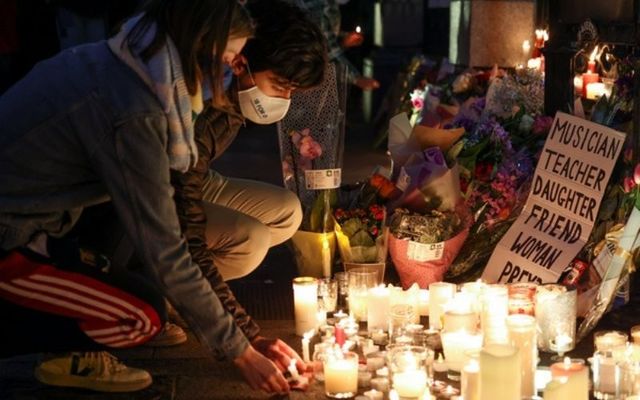 Thousands of people gathered outside Dáil Eireann on Friday evening to pay their respects to Ashling Murphy, who was murdered while going for a run in Tullamore, County Offaly, on Wednesday afternoon.

Mourners brought flowers and candles to the vigil, while musicians, including some of Ashling's friends, played traditional Irish music for the crowd.

A minute’s silence in remembrance of Ashling Murphy.

An overwhelmingly emotional atmosphere outside the Dáil this evening.@VirginMediaNews pic.twitter.com/6sF5023LsB

Several friends and mourners spoke at the vigil, including Ashling's friend Grace Corrigan.

"She was an incredible, beautiful person. This shouldn’t have happened… we will never, ever forget you," she told the crowd.

"She was the nicest, kindest, most caring person you could ever meet in your life." 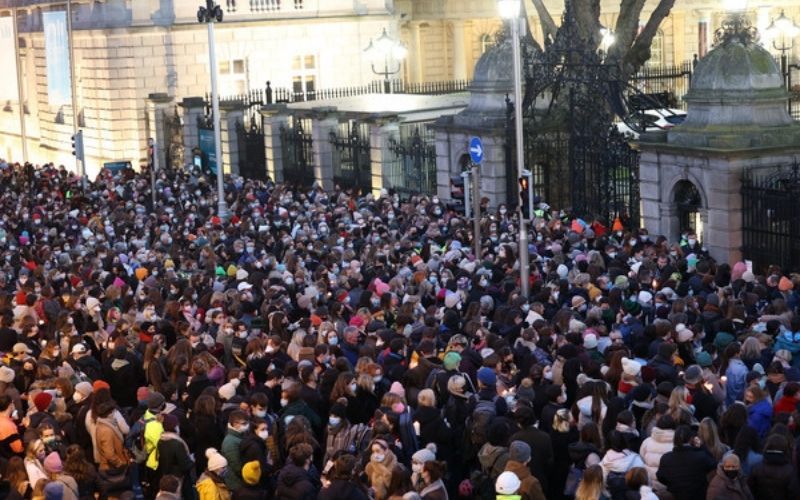 Thousands more mourners gathered at the Tullamore Town Park to pay their respects to Ashling, while dozens of her friends played music and recited poetry.

Thousands have gathered in Tullamore to show their support to the family of Ashling Murphy.

“The country is united in its grief” the message being relayed from attendees. pic.twitter.com/OYwgXf82mW

Chairman of the Offaly County Council Declan Harvey addressed the vigil and said that Ireland "is united in its grief" following Ashling's death.

Several other vigils took place across the country on Friday afternoon, with hundreds gathering in Celbridge, Tralee, and the North Dublin suburb of Clontarf. 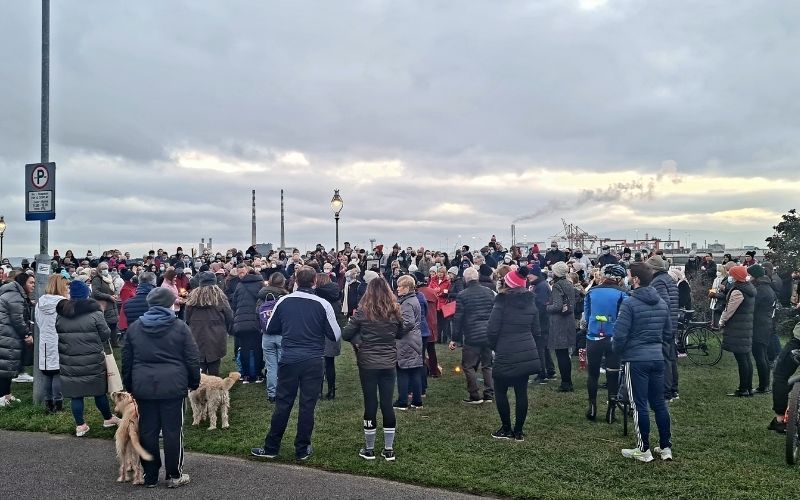 Vigils also took place in Derry, Belfast, Limerick, and Strokestown, County Roscommon, while a vigil is scheduled to place in Cork City at 9:30 a.m. on Saturday at the Atlantic Pond.