23-year-old teacher Ashling Murphy was found beaten to death by a stranger on a popular Tullamore, Offaly, jogging route on January 12. 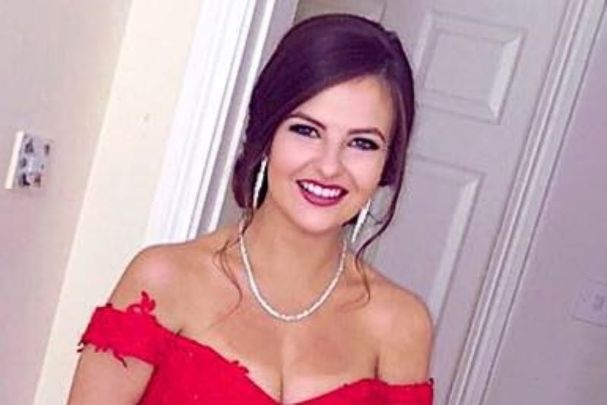 Ashling Murphy (22), a primary school teacher and musician, was murdered while out for a jog in Tullamore, Co Offaly on January 12. Facebook

A man in his 40s his being questioned by the police after the remains of Ashling Murphy (23) were discovered a stretch of the Grand Canal, in Tullamore, County Offaly.

Ashling Murphy, a 23-year-old teacher was beaten to death by a stranger in a random attack, in broad daylight, along a popular jogging route on the Grand Canal, in Tullamore, County Offaly. A Romanian national in his 40s, who was a stranger to Murphy, is being questioned by police.

The attack took place during daylight, at about 4pm, on Wed, Jan 12, while Murphy was jogging along the Grand Canal towpath. Officers believe the young primary school teacher was beaten to death.

The Irish Times reports that her attacker was stopped in his tracks as another female interrupted his assault. A second woman arrived on the scene almost immediately. The attack took place at 4pm at Cappincur near Boland's lock.

Paramedics were called and gardai (police) arrived quickly at the scene. She was pronounced dead at the scene and the suspect was arrested shortly afterward.

The Murphy family live outside Tullamore town and are well-known in music circles. The young teacher played traditional music and her family is well known. Her father also plays in a band. She often performed alongside her sister, including at the local Tullamore TradFest, the Times reports.

Sources within the police say Murphy's case is being classified as murder. They are also satisfied that Murphy and the man in his 40s were not known to each other before the attack.  The Romanian national has lived in Offaly for many years.

I am so sad for Ashling’s family and friends and for all of us, already afraid of men’s violence against women, and will be more so today. https://t.co/jtvePH3lWj

Murphy's body was removed from the scene on Wednesday night. Police have established an incident room and a family liaison officer has been appointed to meet with the family. A preliminary examination of the body is set to take place on Thursday morning.

The arrested man is being held under Section 4 of the Criminal Justice Act. This allows for him to be interviewed for up to 24 hours without charge.

Local councilor Tony McCormack lives close by to the site of the attack. He told the Independent the path is always populated during the day with walkers, runners and cyclists.

“It’s scary. It’s horrendous to think something like that can happen in your own backyard. I feel so sorry for that young woman’s family.  Imagine her getting up to go to work this morning or whatever, and then going for a run – and for that to happen to her,” he said.

“My heart goes out to the family. It’s a shock to have to put up with this, for any family. I don’t know how they are going to get through it. I can’t imagine a family being in that situation, it’s just horrendous. That poor lady, may she rest in peace.”

Thoughts & prayers this morning with shocked & heartbroken communities in Blueball, Durrow & Cappincur on the tragic killing of Ashling Murphy. Anybody with any info should contact Tullamore Gardai at 05793 27600. https://t.co/vbhHzBalmM

Junior minister, Fine Gael's Josepha Madigan tweeted “A young woman can’t even go for a run along a canal pathway at four o’clock in the middle of the day – only to be attacked and murdered. Sincere sympathies to her family. We need to urgently address why we live in a country where this can happen.”

The whole country is shocked and devastated at the horrific murder of 22 year old Ashling Murphy while going for a run. Her family, friends, colleagues and the children she taught are in our thoughts this morning
Violence against women and girls must be stopped.

Ireland's Justice Minister Helen McEntee tweeted: “My thoughts tonight are with the family of the young woman killed in a truly shocking crime, with her friends, and with her community.

"Please anyone with information, come forward to An Garda Síochána. The gardaí will investigate this awful crime and ensure justice is done.”