Ashling Murphy's parents Kathleen and Raymond shared memories about their youngest child, detailing her love of music and camogie, in the wake of her senseless murder. 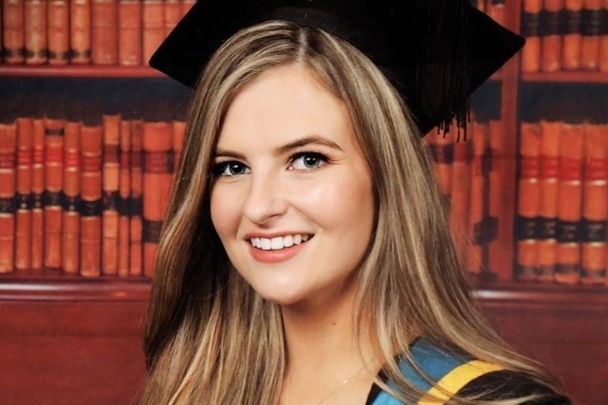 Ashling Murphy's heartbroken parents have shared their memories of their "little angel" in the wake of the 23-year-old teacher's shocking fatal assault in Tullamore on January 12.

Ashling's parents Raymond and Kathleen spoke to the Irish Independent about their memories of their youngest child, detailing her love of music and camogie and describing her as a "brilliant girl in every sense of the word".

Her heartbroken mother Kathleen recalled that Ashling always said, "Mam, I love you" before leaving the house every morning.

"She was a beautiful girl, she was just the best, She was our rock. She loved her style and her fashion, and she was so elegant," Kathleen told the Irish Independent.

Her father described his 23-year-old daughter as a "special girl" and a "marvelous musician".

"She crammed so much into her short life. She played with Comhaltas Ceoltóirí all over Ireland and all over the UK on the tours. She was in their youth choir and senior orchestra."

Ashling played the fiddle and the tin whistle and had recently taken up the uilleann pipes, her father said.

He revealed that she went jogging on Wednesday in a bid to get her fitness up to speed ahead of the new season.

"I was just talking to the manager of the club and he’s so distraught," he told the Irish Independent.

Kathleen revealed that Ashling's boyfriend Ryan, who she was with for five years, was left utterly devastated by Wednesday's attack.

He said that Ashling was "so happy" to be able to work so close to home, allowing her to "come home every night".

Durrow N.S is utterly devastated by the passing of our dear colleague and friend, Ms. Ashling Murphy. Ashling was a very professional and talented young teacher. We are deeply saddened by her tragic loss. Our thoughts are also with her beloved family at this sad time. pic.twitter.com/7eNEs28h4R

School principal James Hogan told the Irish Independent that Ashling was adored by pupils and staff alike, adding that she always went into work with a smile on her face.

She left the school on Wednesday afternoon and went directly to the canal at Cappincur in Tullamore to exercise.

Ashling had only graduated from the Mary Immaculate College in Limerick last October.

Mary Immaculate College has today opened an online Book of Condolences in memory of Ashling Murphy.

You are invited to pay tribute to Ashling and send words of sympathy and comfort to all who knew and loved her.https://t.co/dpG3cJDhCO pic.twitter.com/1tUwP5YC2F

Despite a new job and many hobbies, she still found time to teach music to locals on Friday nights and Saturdays in her home. Her family said that she was keen to share the skills she had learned as a musician and ensure that traditions and cultures remained vibrant in the community.

Ashling's friends spoke at a vigil in Eyre Square in Galway on Thursday night, telling the crowd that she was "born to be a teacher".

They also said that she had taken up jogging as a New Year's resolution.

"She was such a kind soul. She wouldn’t do anything to anybody and for her to just be out, maybe it was a New Year’s resolution to take up jogging, and for this to happen to her," her friends told the vigil.

If anyone would like to watch the vigil that was in Eyre Square tonight, speeches and music.#shewasgoingforarun #AshlingMurphy https://t.co/An1gqq86jG

Ashling is survived by her parents Kathleen and Raymond, her brother Cathal, and her sister Amy.

Her death has caused widespread shock and anger in Ireland, especially since it occurred in a busy stretch of canal in broad daylight.

Gardaí arrested a 40-year-old man an hour after Ashling was murdered, but he has since been released from custody and declared no longer to be a suspect in the case.

Gardaí renewed their appeal for information on Friday morning as they continue their investigations into the murder.