Vigils to take place across Ireland in memory of Ashling Murphy

The National Women's Council of Ireland will hold a vigil for Ashling Murphy outside Dáil Eireann on Friday, with mourners encouraged to bring flowers and candles. 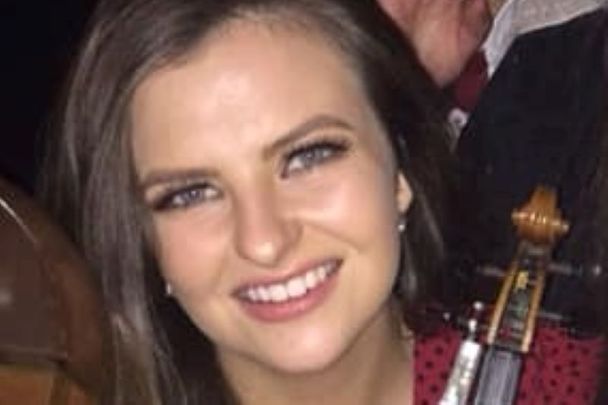 Ashling Murphy (23) a primary school teacher and musician was murdered while out for a jog in Tullamore, Co Offaly on January 12. Facebook

Vigils will take place across the country on Friday in memory of Ashling Murphy, the 23-year-old teacher who was murdered while out running along a busy stretch of canal in Tullamore, County Offaly, on January 12.

The National Women's Council of Ireland will hold a vigil outside Dáil Eireann from 4-5 p.m. on Friday, with mourners encouraged to bring flowers and candles.

The Women's Council said that the vigil will remember Murphy and offer support to "all who knew and loved her".

Organizers asked anyone who is unable to attend the event to light a candle at 4:30 p.m. on Friday to honor Murphy's memory.

A minute's silence will take place at that time outside Dáil Eireann, the Women's Council confirmed.

A vigil will also take place in the local town park in Tullamore at 4 p.m., while other vigils will take place in Derry, Belfast, and Limerick on Friday evening.

Mourners will also gather in Eyre Square in Galway at 6 p.m. on Thursday, while there will be a vigil in Cork City at 9:30 a.m. on Saturday at the Atlantic Pond.

More vigils for Ashling Murphy will be held on Friday, January 14 at:

Vigils will be held on Saturday, January 15 at:

More vigils will be held on Sunday, January 16 at:

Anyone attending the vigils is encouraged to wear face masks and maintain a social distance.

Gardaí have said that they will "leave no stone unturned" in their inquiries into the murder of Ashling Murphy.

Gardaí said on Thursday that a man in his 40s remains detained at Tullamore Garda Station under the provisions of Section 4 of the Criminal Justice Act, 1984.

Investigating officers said that there is no evidence to suggest that the attacker and the victim knew each other at this stage of their inquiries.

The suspect is reportedly known to gardaí and has been suspected in previous violent incidents. The man is a Romanian national and had been living in the Tullamore area for many years.

The attacker fled after two women interrupted the attack. Both witnesses gave a detailed description of the attacker to gardaí, who have set up an incident room at Tullamore Garda Station.

Minister for Justice Helen McEntee described Murphy's death as "every woman and family's worst nightmare", adding that she shared people's shock and anger.

"This is a woman’s worst nightmare - while no woman should have to take measures when they’re going out and about to stay safe, Ashling was out during the day," McEntee said.

"It was bright, there was a lot of people about, and she was in an area local people always felt was safe."

My thoughts tonight are with the family of the young woman killed in a truly shocking crime, with her friends and with her community.
Please anyone with information, come forward to An Garda Síochána. The Gardai will investigate this awful crime and ensure justice is done.