Here in America, far too many people are starting to look at their fellow citizens as either saints or sinners - but most folks are both saints and sinners. 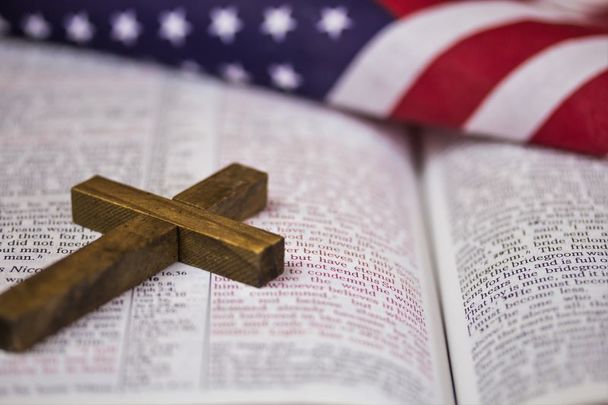 Netflix is currently shooting a thriller set in Ireland, starring Liam Neeson and Ciaran Hinds, called "In the Land of Saints and Sinners."

It’s a popular nickname for Ireland, naughty yet playful, for those who find “saints and scholars” a tad boring.

Here in America, far too many people are starting to look at their fellow citizens as either saints or sinners. Good or bad. Angels or demons.

This trend is many things, but it ain’t boring.

Recent Supreme Court decisions on guns and abortion have come at a time of broader simmering and seething conflicts that show no signs of cooling off.

Once people die, and hundreds of others invade and trash the halls in which the government business of elections is conducted, well, you’re in troubling territory.

And so, we now have some small-scale protests outside the homes (or former homes) of Supreme Court justices. No QAnon shamans have shown up. Not yet.

What we also have are people looking to history to try and figure some things out.

“I love the (Supreme) court and revere the court but this particular composition of the court is the most conservative extreme court in our lifetimes,” Obama administration legal big-wig Neal Katyal said last week. “Only 1857 and 1935 come close. And you know what happened after both of those years.”

The latter decision struck down popular New Deal programs. But the former, which basically okayed the machinery of slavery, is worth thinking about here.

Because one group that comes out shining in our days of historical “reckoning” are anti-slavery abolitionists. They dominated the first days of the Republican Party when it was created in the 1850s. They were, by most standards, on the righteous side of history.

Most. But not all. Take immigration.

In its early days, the Republican Party was a coalition of various regional and ideological factions, including anti-slavery and anti-alcohol, but also anti-immigrant “Know-Nothing” and “American” parties.

As Michael Kazin notes in his fascinating new book "What It Took to Win: A History of the Democratic Party," “Reformers who crusaded for abolition and women’s rights tended to despise the Hibernian throng who fled (Ireland’s) Potato Famine.”

Religion was a big reason for this, since most in that “throng” were Roman Catholic. To many native-born Republicans, “popery and slavery were parallel systems of despotism,” in the words of historian Leslie Woodcock Tentler.

Which means you can be on the right side of history. But still kind of mess up history.

Because, given their history, Irish immigrants really should have sided with slaves oppressed by a cruel ruling class.

Should have. But didn’t. Because, unfortunately, other factors were at play.

One of those factors? Many abolitionists and Republicans who opposed slavery also “despised” immigrants in general and Catholics in particular.

This had the unintended consequence of pushing millions of Irish into the pro-slavery Democratic Party.

It sucks. But it’s history.

These days, both liberals and conservatives have factions of their own base that are passionate, energetic and effective at organizing. Oh, and they are also rabidly anti-Semitic.

What should they do with those folks? Bless them as saints? Banish them as sinners?

Or do we all just leap deeper into the rabbit hole of muddle and confusion?

In The New York Times on Sunday, columnist Charles Blow explored links between “our current abortion battle (and) Prohibition, another contentious issue that bitterly divided the nation,” adding, “Many of the people who crusaded for abolishing slavery later embraced the temperance movement and lobbied for Prohibition.”

Yeah. Because the same high-minded folks, decades later, still didn’t like Catholics or immigrants! Not that Blow mentions this unfortunate complication.

The sad truth is, most folks are not saints or sinners. They are both saints and sinners.

It sucks. But it’s history.