Five DUP ministers were boycotting North-South Ministerial Council meetings as part of a campaign against the Northern Ireland Protocol. 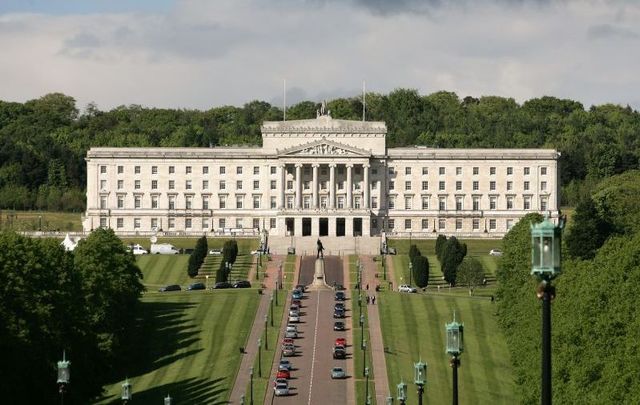 The Democratic Unionist Party (DUP) is breaking the law by its boycotts of north-south ministerial meetings, a High Court judge has ruled.

Five DUP ministers were named as respondents in the case taken by Sean Napier from Belfast. Their boycott is part of a campaign against the Brexit Protocol.

The DUP and other unionists argue that the Protocol, aimed at protecting a soft border in Ireland, undermines Northern Ireland’s position as part of the U.K.

The case centered around DUP leader Sir Jeffrey Donaldson’s announcement last month that his party would disengage with the North-South Ministerial Council (NSMC) meetings as part of their campaign of opposition to the Protocol.

Scoffield said, “The respondents’ decision to withdraw from the North-South Ministerial Council was and is unlawful. It frustrates, is contrary to and is in breach of legal duties contained in the Northern Ireland Act.”

“It is difficult for the court to reach any other conclusion than that the respondents have consciously determined to act in contravention of the pledge of office and the ministerial code.”

“The court expects the respondents to comply with their legal obligations.”

The Press Association reported that Scoffield said he would not take any further action at the moment, but said if there was no change to the situation applicant Napier could return to court.

The judge said, “The court obviously possesses further powers, but in my view, it would be a sorry spectacle for those powers to have to be invoked.”

Napier’s lawyers had argued the decision to boycott the meetings is frustrating the function of government and could jeopardize peace funding.

They also argued that the policy breaches constitutional arrangements under the Northern Ireland Act 1998 and violates the Stormont ministerial code and the pledge of office.

Already, two north-south meetings have been canceled, with further meetings scheduled for later this week.

Givan, responding to the ruling, said, “The DUP will read through the judgment that has been passed in the courts and provide a more detailed response in due course.”

He told the Stormont Assembly, “I would make this point…whenever it comes to the workings of the north-south institutions, my party has made clear that we do wish to see all of the parts of the Belfast Agreement upheld.

“But they are interdependent, they are interlinked and the east-west dimension has been trashed as a result of the Northern Ireland Protocol. It is regrettable that it is having a knock-on effect on the north-south institutions.”