Edwin Poots resigns as leader of the DUP

Edwin Poots has resigned as leader of the Democratic Unionist Party (DUP) in Northern Ireland just a month after being elected to the role. 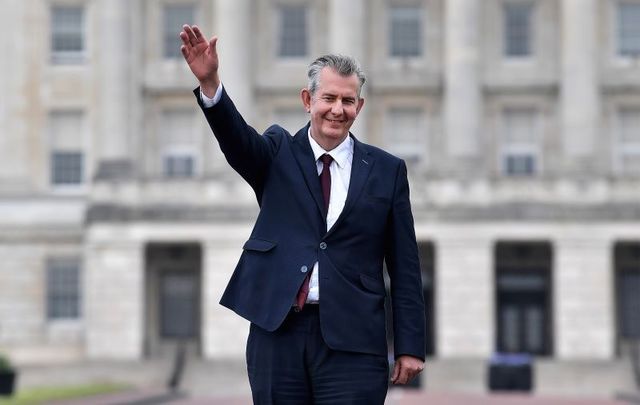 Edwin Poots has resigned as leader of the Democratic Unionist Party (DUP) in Northern Ireland.

“I have asked the Party Chairman to commence an electoral process within the Party to allow for a new leader of the Democratic Unionist Party to be elected, " Poots wrote in a statement published by the DUP at 9pm local time on June 17.

"The Party has asked me to remain in post until my successor is elected.

"This has been a difficult period for the Party and the country and I have conveyed to the Chairman my determination to do everything I can to ensure both Unionism and Northern Ireland is able to move forward to a stronger place.”

Senior members of the DUP engaged in a meeting at the party's headquarters this evening before the resignation was officially announced. At the close of the meeting, Poots was spotted leaving but did not offer comment.

DUP leader @edwinpootsmla leaves party HQ around three and a half hours after arriving.

Declines to answer questions about his leadership. pic.twitter.com/rhGgkinyIi

Poots' resignation comes as speculation of a vote of no confidence could be lodged against the leader who was elected to the role within the DUP just over a month ago on May 14.

The DUP elected a new leader in the wake of Arlene Foster's resignation which she announced on April 28. As part of her resignation, Foster also stepped down as the First Minister of Northern Ireland.

Earlier today, DUP member Paul Givan was installed as the new First Minister of Northern Ireland after the role had been formally vacated by Foster on Monday. Poots had formally nominated Givan for the role of First Minister on June 8.