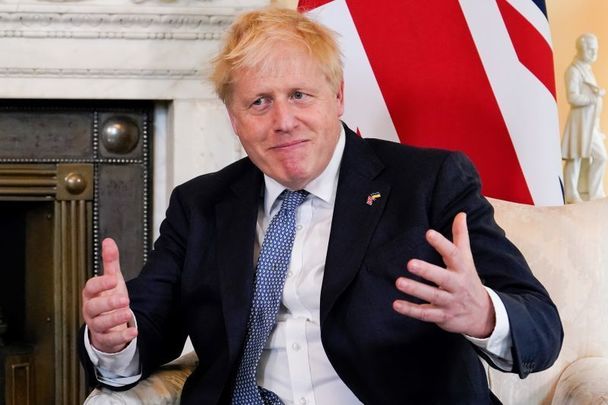 Boris Johnson viewed Northern Ireland as “a nuisance” and his resignation as Britain’s Prime Minister has given Ireland a “glorious opportunity” to repair the fraught relationship with the UK.

That’s the view of former Taoiseach Bertie Ahern, who built a steadying friendship with Britain when Tony Blair was premier and the two were so influential in drawing up the Good Friday Agreement.

Ahern told RTÉ Radio 1 that the outgoing Conservative Party leader, who finally delivered his resignation speech on July 7, failed to have a consistent line of policy on Northern Ireland and that his secretaries of state were not as committed to the job as appointees under previous British governments.

Some secretaries had the aim of leaving the role as soon as was considered reasonable and that the large turnover was damaging.

Ahern said, “The only thing they wanted to achieve when they went into the job was how quickly they could get out of it. This is something we have all suffered on and that is the hard reality.

“There were very good secretaries of state for the North under David Cameron, Tony Blair, and Gordon Brown because the Prime Minister took a personal interest in the issue and they wanted people that would be able to carry forward their agenda. The reason progress was made in the North was because those Prime Ministers were interested.

“Boris wasn’t,” Ahern said. “He quite frankly, I think, found Northern Ireland a nuisance. That is why he moved from one side to the other. He had not got a consistent line of policy. Boris is history so we now have to try and work really, really hard to get a good relationship with the next crew in.”

He indicated that the Irish government should use the time in the interim to explain what the Northern Ireland Protocol is and to go back over the history of it.

He added, “It is a glorious opportunity to try and amend what has happened over the last number of years. The relationship has been fraught since 2019 and it has just gotten worse since.”

Ahern added, “It would be well worth using this period of the summer to work out with the trade organizations what it is that they need so that can be presented clearly. We have to be even-handed about this and I honestly believe the (Democratic Unionist Party) would be up to a reasonable agreement on this providing it comes through the UK government.”

The DUP has refused to participate in administration of government in Northern Ireland because it objects to the Protocol which effectively establishes a trade border in the Irish Sea between mainland Britain and the North to ensure maintenance of a soft border on the island of Ireland following Brexit.

Johnson had succumbed to the DUP policy and set in motion plans to override the Protocol in contravention of an international agreement signed almost three years ago.

Irish and European Union hopes that Britain will resume negotiations that it abandoned in February could depend on who becomes Johnston’s successor. One candidate, Foreign Secretary Liz Truss, claimed Britain was acting within international law when she published legislation to change the Protocol.

She’s currently third favorite among 11 candidates to succeed Johnson in a series of mini-votes that is expected to conclude with a new leader on September 5.