Taoiseach Micheál Martin has confirmed that there will be very little change on March 5, when Ireland's current Level 5 restrictions are set to be reviewed. 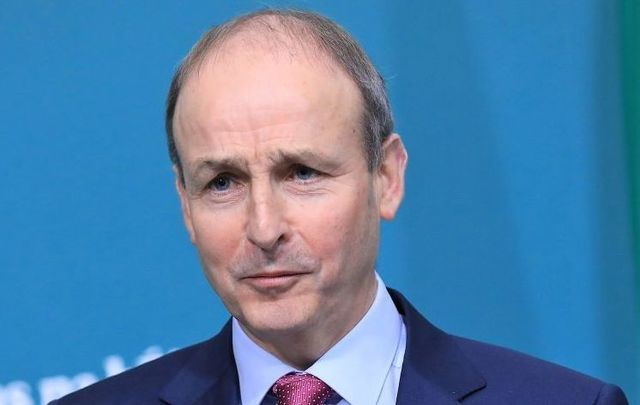 Taoiseach Micheál Martin has said that severe lockdown restrictions will remain in place in Ireland for a further nine weeks.

The Taoiseach told the Irish Mirror that lockdown restrictions will remain in place in Ireland until the end of April, while pubs, restaurants, and hairdressers will remain closed for much longer.

Martin said that there will be very little change on March 5 - when this current period of Level 5 restrictions is set to be reviewed - and said that children returning to school on a phased basis was the priority.

Children in junior and senior infants (aged 4-6) and Leaving Cert students are set to return to school first, according to Martin, and public health officials will monitor the phased return to school over a two-week period before allowing other years to return.

The Taoiseach also said that there will not be a full return for the construction sector on March 5, downplaying suggestions by Housing Minister Darragh O'Brien that construction may return to normal next month.

"We’ll have some look at [reopening] construction but then again it won’t be a full return to construction, we’ll assess what the public health advice is," Martin told the Irish Mirror.

Martin, however, said that there was light at the end of the tunnel as Ireland ramps up its vaccination rollout.

"It is going to be challenging for people, it’s been a long lockdown already and I would say to people it’s worth it," he said.

The Taoiseach said that the Irish Government plan to vaccinate 1.2 million people per month in April, May, and June and said that he believes Ireland will be in a "much better place" by the end of June. However, he said that couldn't make accurate projections about the summer due to the virus's ability to mutate.

Health Minister Stephen Donnelly has since explained why the Government has decided to prolong the lockdown for another nine weeks.

Speaking on Newstalk Breakfast, Donnelly quoted a letter from Dr. Ronan Glynn of the National Public Health Emergency Team (NPHET), which warned of a "concerning and precarious epidemiological situation" in Ireland.

He said that the NPHET letter recommended extending current Level 5 restrictions but that the letter also recommended the phased reopening of Irish schools.

Donnelly said that the rollout of the COVID-19 vaccine was a "chink of light" and said that staycations in Ireland remained "on the cards" for July and August.