The Ad Hoc Committee to Protect the Good Friday Agreement has written to US Secretary of State Antony Blinken to express its "urgent and unequivocal" opposition to the UK's new legacy legislation. 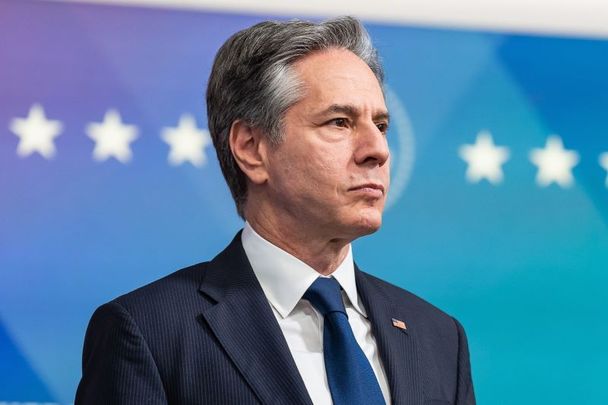 The letter to Blinken, issued today, June 22, states: "In our view, the proposed legislation violates both the Good Friday Agreement and international law, and undermines the Northern Ireland peace process that the US government has played a critical role in fostering for two decades."

The Committee's letter to Blinken urges the Biden Administration to use all possible diplomatic channels necessary to oppose this potential violation of the Good Friday Agreement without delay.

The letter is signed by over 40 prominent Americans who have spent decades working to sustain the Good Friday Agreement including five former Ambassadors and a Northern Ireland Envoy.

Former Congressman Bruce Morrison, a co-chair of the Committee, said: “In August of 2021, we sent a letter to Prime Minister Johnson outlining our concerns about the proposed Command Paper on the legacy issues.

"In that letter, we stated that the Command Paper was at ‘odds with both the spirit and architecture of the Good Friday Agreement and would abrogate the hard-won compromise regarding legacy issues in the NDNA [New Decade New Approach].’

“We went on to note that 'It is tragic that so many years have been wasted with obfuscation and legal wrangling, but that does not justify abandoning the commitments made by the UK government to see the process through.’

“We find it incredibly unfortunate that at this juncture nothing has changed.”

Former Congressman James Walsh, also a Co-Chair of the Ad Hoc Committee, said: “In the last three years, our Committee has held countless meetings with representatives of the British government to express our concerns about the protecting the Good Friday Agreement and to support the victims and survivors in their quest for truth and justice.

“This proposed legacy legislation unfortunately is part of a pattern of delay and obstruction that dates back fifty years to the infamous Lord Wiggery report regarding Bloody Sunday which faulted victims and survivors. The fact that all the political parties in Northern Ireland are united in opposition to the legislation is telling.

“Of greater concern is the callous disregard of the victims and survivors who have spent decades seeking truth and justice. We are now approaching the 25th Anniversary of the Good Friday Agreement and we find it very disturbing that the UK Government is proceeding unilaterally in contrast to the joint actions of the British and Irish governments that have been central to the success of the GFA.”

The Ad Hoc Committee was formed over three years ago by leading American political leaders and diplomats who have a long-established history of supporting the peace process in Northern Ireland.

The Committee is in regular contact with Irish and British diplomats and key members of the National Security Council and the US State Department. The Committee is closely monitoring the current UK/EU Brexit negotiations and is actively opposing the sweeping amnesty proposals put forward by the Northern Ireland Secretary of State based on our direct conversations with victims and survivors of the Troubles.