The Irish housing crisis, direct provision the Late Late Show host says “isn’t it easy for us to say why did they get it so wron 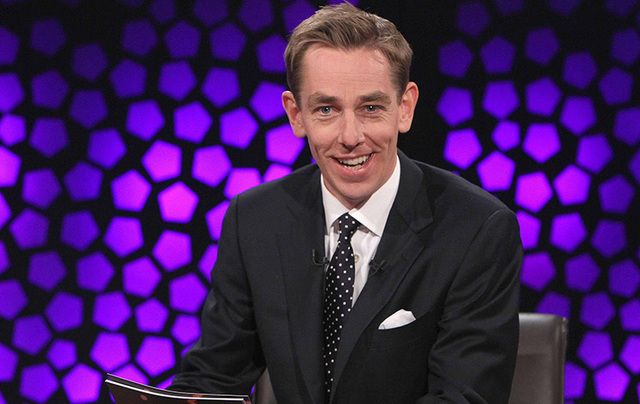 Presenter of The Late Late Show, the world’s longest running chat show, and a daily Irish radio broadcaster to boot, Ryan Tubridy is arguably the most famous man in Ireland.

Almost two week ago he welcomed Tuam Mother and Baby home historian Catherine Corless onto his show and today he tells IrishCentral about her visit.

Whilst onstage talking to Corless, host Tubridy asked her a loaded question about the way Ireland has treated – and continues to treat – women.

In the glare of the studio lights and sitting in front of a public audience Corless may not have recognized the intensity of his interest in the question but the audience caught the sincerity of it. It was clear he did not think Irish mistreatment of women was confined to the past.

“In fairness to Catherine it came up as a bit of a surprise,” he tells IrishCentral. “What I was trying to do was reflect what a lot of people watching were thinking, if that’s not too grandiose a thing to say.”

“That morning I had walked along the pier in Dun Laoghaire [a seaport suburb of south Dublin] to figure out what I was going to ask her. I have this admiration for this woman who sat in her kitchen and from there fought the might of the Irish institutions for the truth.

“Not for glory, not for attention, not for standing ovations – all of which she has received – and which are weirdly unwelcome to her, because she’s a kitchen historian if you want to call it that.”

Tubridy is clearly awestruck by Corless’ dedication. One woman determined to show Irish society its own face in her bright polished mirror had succeeded more effectively in that pursuit than she could have ever dreamed possible.

“But look at the repetition of things that happen in this country,” Tubridy says. “Look at Rosemary Adaser the mixed-race girl who braved racism whilst in care here. Look at Erica Fleming, who is sitting in hotels with her child when all she wants is a home. I’m 43 years old and I’m looking at Tuam and that generation and I’m saying isn’t it easy for us to say why did they get it so wrong? Why did no one shout stop?”

“But look around now and count the number of families and children who are in hotel rooms (placed there because of the housing shortage). Sure it’s not Strumpet City, but it’s not the reality people should be living.”

“And we haven’t even touched Direct Provision, which is a scandal waiting to unfold,” Tubridy continues. Direct Provision is the system the Irish government has devised for dealing with asylum seekers in the Republic of Ireland.

Many asylum seekers in the State’s direct provision system spend years waiting for their cases to be processed in living conditions which critics agree are damaging to the health, welfare and the life-chances of those forced to endure them.

“In ten years time there will be interviews saying how did you leave us in those places? It’s time to start rattling the cage,” Tubridy says.

When it comes to immigrants Ireland needs to remember the lessons of its own history, Tubridy suggests.

“We went to Ellis Island and we were part of the huddled masses. We didn’t always get the biggest welcome but we did get an opportunity. When we see emigrants coming our way what do we do now? We close the door, pull the bridge up, and refuse to learn the lesson of history. You gotta ask yourself is that right?”