Suffer the little children of Tuam - Ireland has no excuse

"If the Nazis did it we’d be outraged and talk of genocide would swirl. The Irish did it to themselves. We have no excuses." 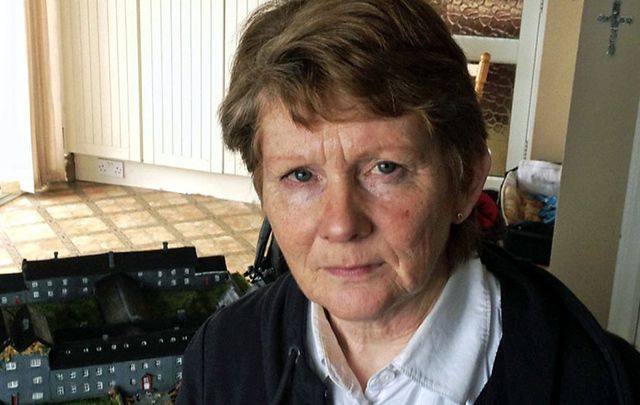 The news out of the west of Ireland this week was the saddest story I believe we will ever cover.

Up to 800 small children and babies whose only sin was to be born to mothers out of wedlock were very likely buried in a mass grave that was once a septic tank in Tuam, Co. Galway.

The commission reporting on the Tuam babies scandal found incontrovertible evidence of large numbers of bodies there -- and they were not Famine graves as some have tried to claim.

The commission confirmed to the press on Friday that they had indeed found “significant human remains,” and that the human remains, after carbon testing, dated from the era in which the mother and baby home had operated in the town from 1926 to 1961.

Tuam may be only the tip of the iceberg. Across the country such mother and baby homes, all long closed, are now under scrutiny for similar mass deaths. It is already clear Tuam was not an isolated occurrence.

Were it not for the persistence of local historian Catherine Corless, the truth in Tuam would never have emerged.  Some believe as many as 7,000 kids nationwide had their deaths covered up.

What we are looking at is nothing less than the systematic elimination of the youngest and weakest and most vulnerable in Irish society, and we can’t even blame the British for it.

One in four of the motherless children died before three years of age, victims of extraordinary neglect and downright criminal negligence. In contrast, only seven percent of “normal” children died in that period.

We already know from records that 18 children starved to death, that many others never received treatment for illnesses, that their deaths were welcomed by the Irish society around them.

Now haunting images of nuns and residents at the Mother and Baby Homes.

Here is a truly shocking quote:

“A great many people are always asking what is the good of keeping these children alive? I quite agree that it would be a great deal kinder to strangle these children at birth than to put them out to nurse.”

That was Dr. Ella Webb, June 18, 1924, speaking about illegitimate children in care in Ireland at the time.

Webb, like all the others in power, bought the Catholic Church line that the children were unclean because their mother had sex outside marriage.  The children's deaths were even explained away by stating that mothers who had such children were clearly mentally and physically damaged to begin with.

A 1935 report noted the high death rate but stated, “Doubtless the great proportion of deaths in these cases is due to congenital debility, congenital malformation and other antenatal causes traceable to the conditions associated with the unfortunate lot of the unmarried mother.”

There you have it. A child out of wedlock was the fault of the clearly morally and physically corrupted single mother.

The official Irish state had ruled. The children were the devil’s spawn.

Nowhere mentioned are the fathers, a cowardly bunch no doubt who ran from the belt of the crozier at the first opportunity and refused to stand by their girlfriends. Some of the children were doubtless the result of incest and rape.

No wonder the poor outcasts were allowed to die of neglect. If the Nazis did it we’d be outraged and talk of genocide would swirl.

The Irish did it to themselves. We have no excuses.