Thomas P. O'Neill III, the son of former US Speaker of the House Thomas 'Tip' O'Neill, Jr., is lobbying for the Ambassador to Ireland role. 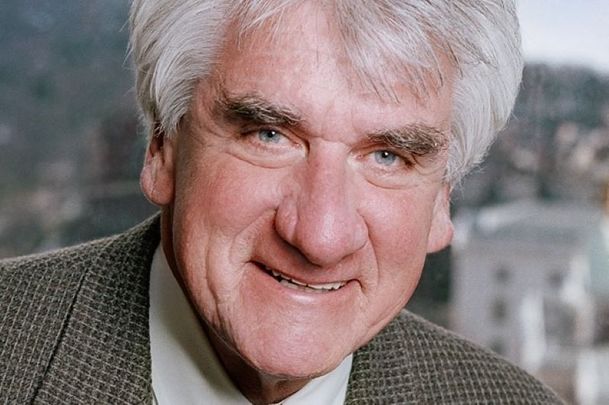 Yet another contender - the former Lieutenant Governor of Massachusetts - has emerged for the much sought-after position of US Ambassador to Ireland.

Thomas P. O'Neill III, 76, is  seeking the position of US Ambassador to Ireland, friends say. O’Neill has been lobbying leading figures in the Irish American community where he has deep roots.

Born in Cambridge, Massachusetts, O'Neill is the son of the late Thomas "Tip" O'Neill, Jr., who served as Speaker of the House between 1977 and 1987.

Thomas O'Neill III followed his father's footsteps into politics. He earned his Bachelor’s Degree from Boston College, where he now sits on the board of trustees, and a Master’s Degree in public administration from the Harvard John F. Kennedy School of Government.

From 1973 through 1974, O'Neill was a member of the Massachusetts House of Representatives. In 1975, he became the Lieutenant Governor of Massachusetts, a role he remained in until 1983. During his term of office, O'Neill served on the US State Department Ambassadorial Screening Committee.

O'Neill is an active member of the American Ireland Fund, and sits on the board of Catholic Democrats. He also maintains close links to his ancestral Co Donegal through the Tip O’Neill Irish Diaspora Award, named after his father.

The role of US Ambassador to Ireland, which was most recently held by Edward Crawford, is highly contested this year given President Biden’s close Irish links. It is quite likely there could be as many as fifteen people seeking the position, according to one insider.

Former Senator Chris Dodd, a close friend of Biden, was once considered the fast favorite but is understood to have removed himself from consideration for the position.