Democratic Unionist Party give pause for thought as Ireland's new Deputy Leader believes there will be no hard border. 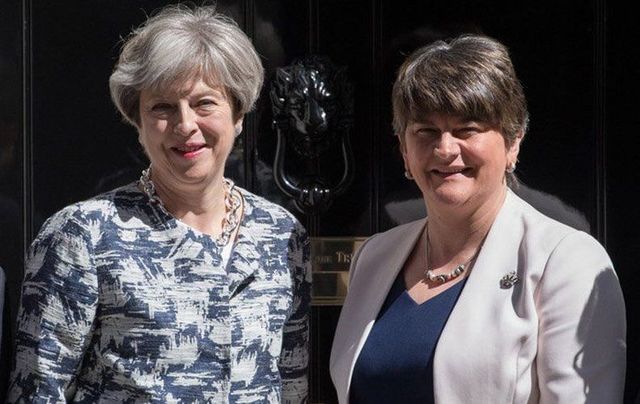 The leader of the Democratic Unionist Party, Arlene Foster, told a press conference at Stormont, that her party, which props up Theresa May's Conservative minority British Government, would not accept a Brexit deal that “separates” Northern Ireland from the rest of the United Kingdom.

Read more: Unionist fury over Brexit deal said to be agreed by Irish and British government

Meanwhile the Republic of Ireland’s Tanaiste (Deputy Prime Minister) Simon Coveney said he believes that the border in Northern Ireland, when Brexit is finalized, will be “invisible” and will have “no barriers”. It “will very much like it looks today”.

Taoiseach (Prime Minister) Leo Varadkar was due to make a statement at 2.30pmGMT but this has been postponed.

Speaking at Stormont Foster said “Northern Ireland must leave the EU on the same terms as the rest of the UK. We will not accept any terms that separate Northern Ireland economically or politically from the UK.

"We do want to see a sensible Brexit, where the common travel area is continued.

"The Republic of Ireland government are trying to change terms of Belfast agreement without our input or consent, and we will not stand for that."

Tanaiste Coveney told RTE Radio One, an Irish news radio show, “The indications we have is that we are in a much better place now than we have been in the negotiations to date. The legitimate concerns that Ireland has been raising for months are going to be addressed fully," he told RTE Radio One.

He continued "These discussions are moving in the right direction. I hope we are in a place this evening where Irish people north and south will get reassurance from the wording that is very close to being finalized now."

The United Kingdom has conceded to Ireland’s demands in EU Brexit talks, averting disaster for Ireland

The United Kingdom has conceded to European Union negotiators that there will no deviation of the rules, covering the EU single market and customs union for the island of Ireland following Britain’s exited, commonly known as Brexit.

The concession is yet to be accepted by the Irish government however, Tainaiste Simon Coveney has as much as confirmed that Taoiseach (Prime Minister) Leo Varadkar statement, to be released on Monday afternoon, would be positive.

The solution of “soft border”, a retention of the current status quo along the Republic of Ireland Northern Ireland borders, has long been the Irish Government’s preferred solutions. The text also states that the United Kingdom agreed that the Good Friday Agreement will be protected.

Tell me why I like Mondays! Encouraged after my phone call with Taoiseach @campaignforleo on progress on #Brexit issue of Ireland. Getting closer to sufficient progress at December #EUCO.

Also spoke to @JunckerEU and @eucopresident on the Phase I Brexit negotiations this morning.

If the concession is accepted by Ireland’s government it will have far reaching implications for Northern Ireland, which would retain its bond with EU structures.

The text on Ireland is part of an overall paper entitled The Joint Report from the Commission and the United Kingdom Negotiators on Progress. The report covers Brexit’s financial settlement, EU citizens rights, and the Irish border.

The text, which was worked on intensively over the weekend and into the early hours of the morning, contained the following paragraph on Ireland:

"In the absence of agreed solutions the UK will ensure that there continues to be no divergence from those rules of the internal market and the customs union which, now or in the future, support North South cooperation and the protection of the Good Friday Agreement."

The Guardian reports that Members of the European Parliament were told by Michel Barnier, the Chief Brexit negotiator, that British Prime Minister Theresa May had conceded after days of intense talks over Northern  Ireland’s future. 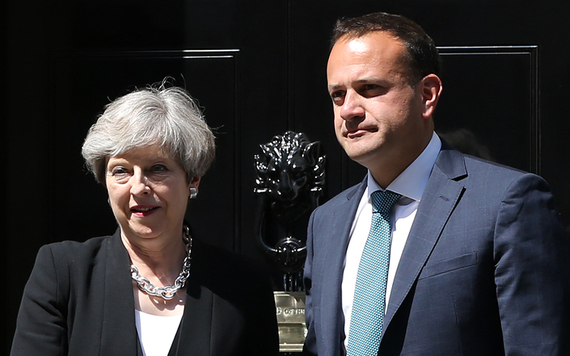 Emerging from a meeting with Barnier, and the European commission president, Jean-Claude Juncker, the leader of the Greens in the European parliament, Philippe Lamberts, said he had seen the text.

“It was a surprise to me,” he said. “But it is a matter of [Britain] facing reality. I think agreement is there.”

May’s official spokesman insisted there would be no difference in the Brexit arrangements for Northern Ireland and the rest of the United Kingdom.

He said “The PM has been clear that the UK is leaving the EU as a whole, and the territorial and economic integrity of the UK will be protected.