Micheal Martin says Northern Ireland's governance system is “not fit for purpose” and should be reformed. 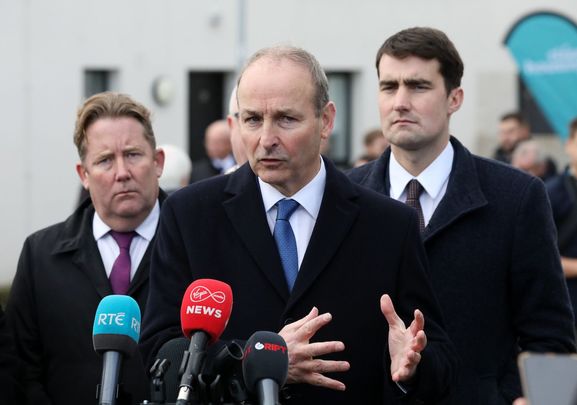 British dithering over Northern Ireland has prompted greater confusion over the future of politics there.  Taoiseach Micheal Martin has even questioned if the current institutions of administration should continue in the North or be reviewed and reformed.

As a promised pre-Christmas Stormont Assembly election was threatened by Northern Ireland Secretary Chris Heaton-Harris, then delayed, then threatened again as political deadlock continues and confusion reigns, Martin said the governance system in the North is “not fit for purpose” and should be reformed.

He said the nationalist and unionist communities had rightly been required to share power since the Belfast Agreement in 1998 ended three decades of conflict. But this meant each community had a veto over the existence of a power sharing Executive in a system of compulsory coalitions where one side could not govern without the other.

Currently, the Democratic Unionist Party (DUP) is refusing to participate due to its demand for major change or even abandonment of the Protocol which was a post-Brexit deal to preserve a soft trade border in Ireland.  The DUP claims the replacement is effectively a border in the Irish Sea that removes Northern Ireland from the rest of the United Kingdom – an affront to unionist beliefs.

Martin, in an outspoken interview with the Financial Times, called for reform of the power sharing arrangements enshrined in the Belfast Agreement.

“There’s a reason why all this came in, in the early years,” he said. “But now, nearly 25 years on, there is room for the parties to look at changing the system.”

He added, “The system does polarize and it is not fit for purpose. The electoral system should not be one that constantly reinforces polarization.”

Martin said any changes to the system should be considered over the next four to five years.

London and Dublin hope a power-sharing Executive can be in place by next April, the 25th anniversary of the Belfast Agreement.  President Joe Biden is expected to visit to mark the occasion.

Prospects of that happening are disappearing further down the line as the DUP maintains its anti-Protocol stance by refusing participation in power sharing since the Stormont election in May.

Heaton-Harris gave the party an October 28 deadline to participate or he would order a pre-Christmas election. The deadline came and went and no election was ordered.

DUP leader Sir Jeffrey Donaldson said Britain should “double down” on efforts to resolve the impasse over the Protocol rather than calling fresh elections, which would change nothing. He blamed instability and “chaos” at Westminster for the failure of London and EU chiefs in Brussels to make progress on the post-Brexit arrangements.

Heaton-Harris met the party leaders on Tuesday of this week and has a meeting later with the Republic’s Foreign Affairs Minister Simon Coveney to discuss the “next steps” in the Northern Ireland political process.

Sinn Fein has called on him to proceed with plans for a Stormont election and to set a date.  The party said Northern Ireland is in “political limbo created by the DUP and extended by the British government.”

The public doesn’t want an election and is convinced it won’t change anything. However, Sinn Fein, currently the largest party in Northern Ireland, is optimistic it can inflict further punishment on the DUP at the polls.