John McCarthy says he's "honored" to be chosen as Senior Advisor to the Counselor to the President in the Biden - Harris Administration. 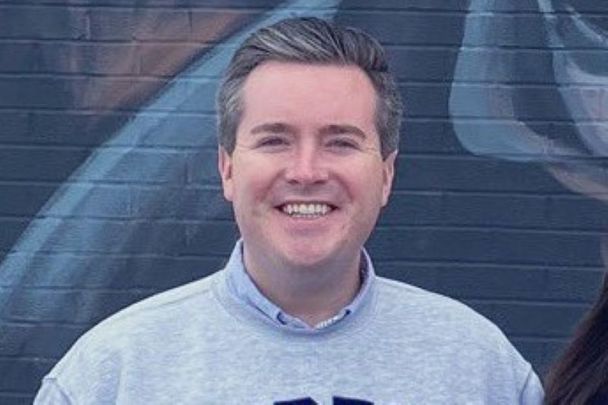 Irish American John McCarthy has been named as Senior Advisor to the Counselor to the President in the Biden - Harris Administration. @JohnWMcCarthy, Twitter

Irish American John McCarthy is a rising star in the Biden camp securing a vital White House posting as the Senior Advisor to the Counselor for the President.

McCarthy, 29, was a key figure in "Irish Americans for Biden" where he acted as the Biden campaign liaison and green-lighted half a dozen Irish events. He was the go-to person on Irish issues. He served as Deputy  National Political Director in the Biden campaign.

Politics is in his blood as his mother Patti McCarthy noted in a recent interview with the Asbury Park Press: “He was probably about 15 years old, and I hear him on the phone in our computer room, and what’s he saying?" McCarthy recalled. “He’s making calls for Hillary Clinton to people around the country.”

Announcing McCarthy's appointment to the role of  Senior Advisor to the Counselor to the President, The Biden - Harris Transition Team said in a statement: "John McCarthy served as the Deputy National Political Director on the Biden-Harris Campaign throughout the primary and general election. In this role, he maintained relationships with elected officials and community leaders around the country. Immediately prior, McCarthy was the Chief of Staff for US Congressman Brendan F. Boyle (D-PA).

“He has held a number of political positions including Director of Faith and Heritage Community engagement at Hillary for America, National Co-Chair of Catholics for Obama-Biden in 2012, Vice-President of Irish American Democrats, and Co-Chair of the Democratic National Committee’s coordinating body for diaspora communities. He worked as a legislative aide to House Energy and Commerce Chairman Frank Pallone, Jr (D-NJ).

“Originally from New Jersey, McCarthy is a graduate of the Catholic University of America.”

Of the appointments made that day, President-elect Biden said: “To tackle the challenges facing our country and restore faith in government we must build an administration with experienced, principled, and dedicated appointees.

"These individuals are part of a White House staff that is ready to build back better immediately to make a difference in the lives of working families. They are accomplished public servants who will be instrumental in ensuring that our White House is efficient and effective in delivering for the American people.”

After the announcement of his appointment, McCarthy said in a tweet:

Could not be more excited or honored to be a part of this amazing, amazing team.@JoeBiden is the right leader for this moment, and I can’t wait to get to work! ☘️ https://t.co/s9ebki71qn

“I’m beyond excited and it still feels surreal," the Irish American told his hometown newspaper, The Asbury Park Press.

"It’s a balance between realizing what seemed (as a kid) like an unattainable goal and understanding the seriousness of this moment. Thousands of people are dying every day. There is so much important work to be done."

Reflecting on his "crazy roller coaster" time on the campaign trail, McCarthy noted: "We won because our candidate and our message were unchanging throughout the process — he said we were in a battle for the soul of the nation and talked about returning decency and common-good values to everyday life."

Daniel Mulhall, Ireland's Ambassador to the US, congratulated McCarthy on his appointment:

Congratulations to John McCarthy on his appointment as Senior Advisor to the Counselor to the President. John is a great friend to Ireland & to our Embassy. We look forward to working with him in his new capacity so as to deepen further our ties with #USA. https://t.co/GTVsq75TEe

The Ad-Hoc Committee to Protect the Good Friday Agreement also offered their well-wishes:

The Ad Hoc Committee wishes to congratulate one of our early members on his appointment to the senior White House staff. Well done John McCarthy https://t.co/0lDhvCA4nv

McCarthy, who helped organized several 'Irish Americans for Biden' events during the 2020 presidential campaign, is the Chair of the DC Young Leaders Steering Committee for The Ireland Funds, and was previously the Vice-Chair of Irish Network - DC,  a marshall in the Washington, DC St. Patrick's Day Parade.

In 2015, McCarthy penned an op-ed for IrishCentral urging Irish Americans to "remember their own past in the Syrian refugee crisis."

He wrote: "Whether you’re an Irish American, or an immigrant of another stripe, we all have a responsibility to ensure that our nation lives up to our founding principles. The reality is, we wouldn’t be here without them."