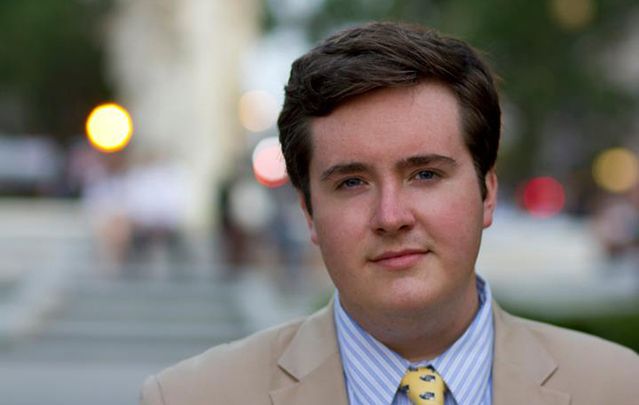 A former consultant to civic associations, McCarthy has organized several “Irish Americans for Hillary” events throughout the primary campaign, including a day of lobbying before the New Hampshire vote, all in a voluntary capacity. He now joins the Clinton campaign to focus on Catholic outreach and outreach to those heritage communities are represented in the DNC's National Democratic Ethnic Coordinating Council (NDECC), on which he serves as Faith Council Chair.

A legislative aide to Congressman Frank Pallone Jr. (D-NJ), McCarthy will bring his experience as co-chair of "Catholics for Obama" in 2012 to the Clinton team, as well as his experience as a civic innovator, democratic strategist and philanthropic advisor.

McCarthy graduated with honors from the Catholic University of America where he studied politics and theology, before becoming an advocate for civic engagement and for youth involvement in the political process.

He was one of the founding members of of the ACE Applied Research Network for the ACT Foundation, which aims to to address the difficulties in accessing learning opportunities faced by young, low-income working learners and he served as the first Director of Social Innovation Programming at Impact Hub D.C where his work focused on social entrepreneurship and encouraging civic entrepreneurs to solve civic problems.

As Executive Director of Future Civic Leaders, he again looked to engage youth in the country’s politics by empowering low-income students to play a part.

In addition to working with with youth involvement and civic engagement, McCarthy is an active member of the Irish community in D.C. and serves on a number of non-profit boards and advisory committees including The Clinton International Summer School in Northern Ireland, The Irish Network of Washington, The Council for American Ireland Relations, and the American Ireland Fund’s DC Young Leaders.

Named among the Irish Echo’s “40 under 40” in 2014, McCarthy was also listed as one of the Most Influential Leaders Under 40 in Washington Life magazine.

His new role within the Clinton Presidential campaign will see McCarthy build on his work on previous campaigns on both a federal, state and local level, and on his role with the NDECC.