Registration is required for the free Irish Americans for Biden rally tonight that will feature Rep Richie Neal, Sen Kirsten Gillibrand, and music from Joanie Madden. 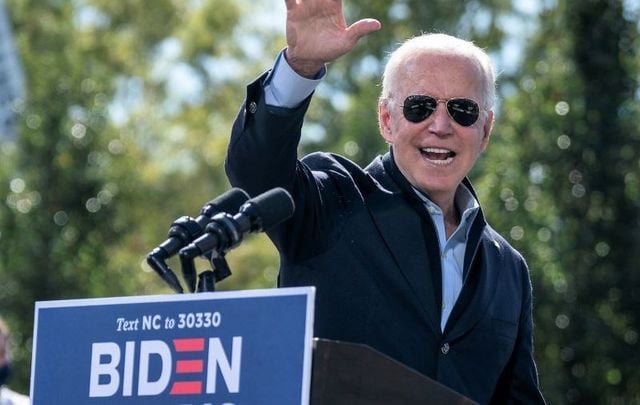 The Get Out the Vote rally will feature notable Irish American politicians and musicians tonight, October 20.

Irish Americans for Biden are hosting a virtual Get Out the Vote rally in support of Democratic presidential nominee and former Vice President Joe Biden and his running mate Senator Kamala Harris tonight, October 20, at 7 pm EST.

There will also be a special musical performance from Joanie Madden of Cherish the Ladies.

According to Ballotpedia, Get Out the Vote (GOTV) is a broadly inclusive term that campaigns, candidates, political parties, civic-minded institutions, and individuals use to describe a concerted effort to register voters and increase voter turnout.

On October 21, Irish Americans for Biden will host another special virtual rally for Irish Americans in Ohio. Wednesday’s event, which will start at 8 pm, will be moderated by John O’Brien, the publisher and editor of Ohio Irish American News.

Advance registration is required for the free Ohio Irish Americans for Biden virtual rally on October 21.