“This is no time for Irish America to be sitting on the sidelines when it comes to racial justice.” 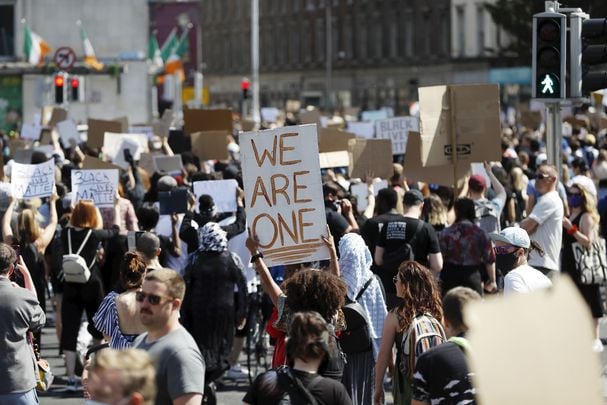 A demonstrator at a Black Lives Matter protest in Dublin. RollingNews

Over sixty leaders from Irish America’s broad civil, political and educational community have banded together to mourn the passing of John Lewis and announced a call to action to support the Black Lives Matter movement in its quest for racial justice.

The letter is explicit in supporting a non-violent peaceful protest to achieve racial justice. Former Congressman Joe Crowley, an organizer of the letter commented, “John Lewis believed in good trouble, smart trouble, the type of trouble that opens up people’s hearts and minds. We are in challenging times and there is great division in the country. We stand with John Lewis when it comes to smart, creative peaceful protest. We ask all Irish Americans to follow in his example.”

The letter is being sent to Congresswoman Karen Bass (D), the chair of the Congressional Black Caucus.  Eleven members of Congress have signed on to the letter in a show of respect for their former colleague. 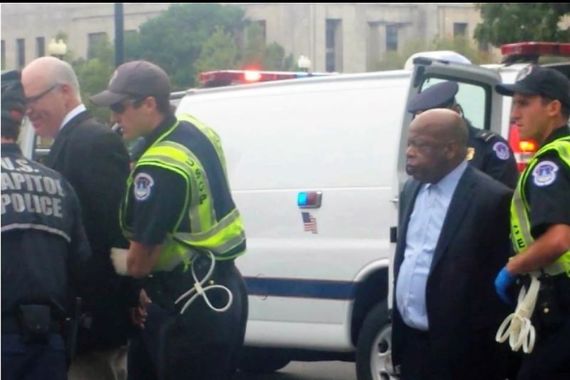 Former Congressman Joe Crowley said  “It was an honor to call John Lewis a mentor and friend. I was proud to walk many miles with him—crossing E. Pettus Bridge for his annual pilgrimage to Selma, protesting in the streets of D.C. for the rights of immigrants, sitting-in on the House Floor for gun safety—but I cannot claim to have walked in his shoes and no Irish American can. There continues to be dramatic racial inequality in America, and the Black Lives Matter movement is at the forefront of advocating for change. I support BLM; I support the fight for racial justice, and I oppose the sale of these tee shirts because they dilute and diminish the efforts of Black Lives Matter.”

The letter urges a boycott of “Irish Lives Matters” T-shirts now on sale on Amazon, Walmart and other retailers “protesting the wrongheaded, commercial decision” to sell “Irish Lives Matters” tee shirts. The letter states “we believe the sale of these T-shirts is at best tone-deaf and insensitive and at worst a deliberate, cynical attempt to trivialize, diminish or denigrate the BLM.”

The call to action also urges the “great institutions of Irish America, particularly our colleges and universities, as well as our civic and fraternal organizations to address their role in maintaining the institutional racism that has plagued this nation. The work being done by Georgetown University Slavery Project in acknowledging the university’s links to slavery is a clear example of what can be done.”

Ted Smyth, who helped to formulate the letter, stated, “We are very pleased that seven Irish Studies Programs at leading universities across the country have signed on to the letter. They can take a leadership role in continuing a growing and honest conversation between Irish America and Black America. They can also inspire a younger generation of Irish Americans to actively support racial justice and equality.”

Miriam Nyhan Grey, Director Graduate Studies and Associate Director Glucksman Ireland House, a signer of the letter stated, “The Black, Brown and Green Voices initiative represents a documentation strategy to give voice to the diversity of the Irish diaspora by recording life histories with Black and Brown Irish Americans.  The interviews unpack how hierarchies of race and ethnicity have framed Irishness and the imperative to amplify the diversity of Ireland and her diaspora in the 21st century.” 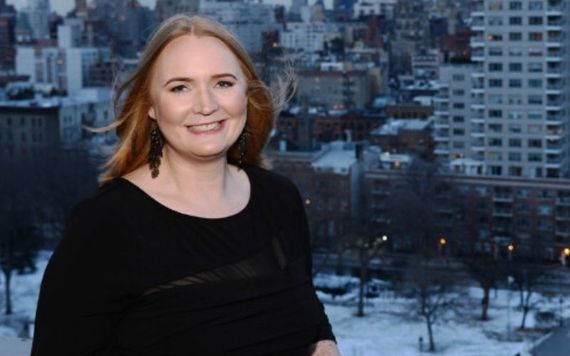 The letter developed out of lengthy conversations by a small group of Irish American leaders in the immediate aftermath of the death of Congressman Lewis. Brian O’Dwyer, the 2019 Grand Marshal of New York City Saint Patrick’s Day Parade, a participant in these conversations, commented “As a young man I worked to register Black voters in Mississippi,  I am gratified that Irish American leadership has come together to reject racism and support the BLM movement”

Joe Crowley agreed, “We felt we had to do something tangible and specific in response to John’s death and the urgent demands for social justice.  Over a century ago the great Irish Liberator Daniel O’Connell would tell the Irish to “agitate, agitate, agitate” for their voting rights. John Lewis urged Americans to make “good trouble” to secure their rights. John set the example of how peaceful, creative non-violent protest leads to great changes. We intend to follow John’s example. ”

Crowley continued, “You can make a lot of good trouble to get things done. This is no time for Irish America to be sitting on the sidelines when it comes to racial justice. America will be a better place if we are willing to support African Americans in their quest to overcome the long and intolerable legacy of racial discrimination.  Now is the time.”