The EU-UK Joint Committee says it has reached "agreement in principle on all issues, in particular with regard to the Protocol on Ireland and Northern Ireland." 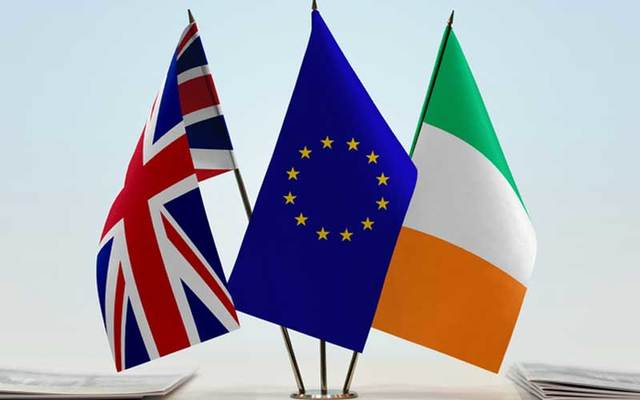 Hopes of a Brexit breakthrough have been boosted as Britain agreed to drop planned changes to the EU Withdrawal Agreement, a move which also lifted a threat to the special trade status of Northern Ireland.

A joint statement issued by the co-chairs of the EU-UK Joint Committee on December 8 said in part: "Following intensive and constructive work over the past weeks by the EU and the UK, the two co-chairs can now announce their agreement in principle on all issues, in particular with regard to the Protocol on Ireland and Northern Ireland.

"An agreement in principle has been found in the following areas, amongst others: Border Control Posts/Entry Points specifically for checks on animals, plants and derived products, export declarations, the supply of medicines, the supply of chilled meats, and other food products to supermarkets, and a clarification on the application of State aid under the terms of the Protocol."

The move, favorably affecting Northern Ireland’s peace deal and the border, was seen as an olive branch to the EU. It came one day after Britain said in the event of a deal, it would drop key clauses from a bill that would breach international law.

Foreign Affairs Minister Simon Coveney welcomed the advance. He tweeted, “Good progress! Will finally provide some certainty on implementation of Brexit Protocol in Northern Ireland. Practical cooperation and flexibility has been agreed to make it as manageable as possible for people and businesses.”

Good progress! - will finally provide some certainty on implementation of #Brexit Protocol in Northern Ireland. Practical cooperation & flexibility has been agreed to make it as manageable as possible for people and businesses. https://t.co/QKkOlx37Cl

Michael Gove, one of Johnson’s most senior ministers, announced an “agreement in principle on all issues, in particular with regard to the Protocol on Ireland and Northern Ireland.”

Delighted to announce agreement in principle on all issues in the UK-EU Withdrawal Agreement Joint Committee. Thank you to @MarosSefcovic and his team for their constructive and pragmatic approach.

This deal removes a major point of contention between Britain and the EU which blocked prospects of any late overall Brexit deal.

Britain will now withdraw contentious clauses from its Internal Market Bill due before the London Parliament. The clauses, already removed by the British House of Lords, would have broken international law.

Agreement has also been reached on the exemption of agricultural and fish subsidies from state aid rules, as well as a list of members on an arbitration panel that will mediate on disputes relating to the Withdrawal Agreement.

The British Irish Chamber of Commerce welcomed the agreement. Director of Policy Paul Lynam said in a statement, “With the issues surrounding the Protocol resolved, businesses now urgently need to begin preparing for changes that will come into force from the beginning of next month.”

The statement added, “We would negotiators on both sides to use the momentum achieved today to come to reach a trade deal in the coming days so that companies do not face the prospect of new tariffs being imposed in the New Year.”

With just three weeks left to Britain’s final date of EU withdrawal, Brexit was presumed to be on a cliff-edge on Tuesday morning as Johnson and EU President Ursula von der Leven planned face-to-face talks in Brussels on Wednesday that commentators had described as literally a desperate 11th hour and 59 minutes bid to break the impasse in the negotiations.

Taoiseach Micheál Martin welcomed the decision of the British government “to withdraw the offending clauses” in their Internal Markets Bill, which would have allowed them to override the Northern Ireland protocol.

He also welcomed the decision that they would not proceed with “offending clauses” on taxation.

He said that even if there is a deal, there would still be significant disruption. He said there were 1.5 million customs declarations a year and this would rise to 20 million a year.