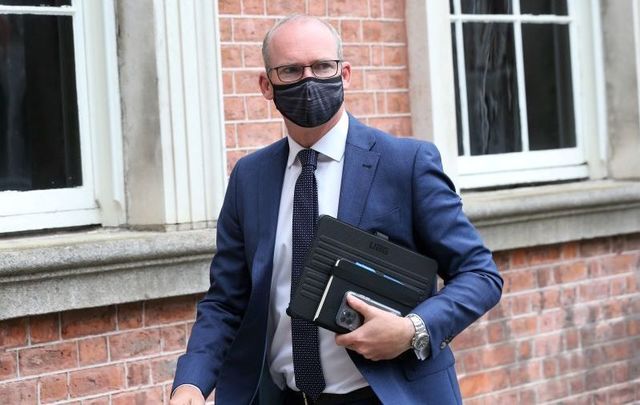 “There is no way the EU would agree to ratify a new agreement if the British government is breaking an existing agreement which is not even 12 months old,” Coveney said.

His message on British TV station Sky on Sunday was a direct rejection of Johnson’s plans to break international law to get a trade deal after Britain exits the EU at the end of this year.

Outlining the state of play this morning on #Brexit - Big week ahead, time is running out as we attempt to find common ground with #UK on a trade deal. pic.twitter.com/eUdOSjr795

Coveney was effectively saying that Britain made a deal less than a year ago that would protect Northern Ireland’s peace deal and guarantee the removal of a firm Irish border and they better stick with it.

His interview coincided with a devastating few days in 10 Downing Street when Johnson’s chief advisor and architect of his Brexit campaign Dominic Cummings left.

Cummings’ forced resignation was reported to have been hastened by Johnson’s live-in fiancée Carrie Symonds.

Cummings’ departure came a few days after the House of Lords, by a majority of 433 to 165, defeated the Johnson government plan to break international law and ignore parts of the vital Northern Ireland peace-keeping protocol linked to an Internal Market Bill.

Number 10 became even more frustrated over the weekend when Johnson, who suffered Covid earlier in the year, was confined to the building and forced to isolate after contact with an MP who tested positive for the virus last week.

Referring to this week’s post-Brexit trade deal negotiations, Coveney told Sky, “I think I would sum it up by saying this is very difficult, but, it’s also very doable.”

He said there was a need to dial down the language between the EU and U.K. in the Brexit talks.

The EU wants a deal by the end of this week in order for it to be ratified by the time the transition arrangements expire at the end of the year and the U.K. leaves the customs union and single market.

British Environment Secretary George Eustice said earlier this week it would be possible to “squeeze out extra time” if the two sides were close to an agreement.