Ireland's Minister for Finance Paschal Donohoe says the 2021 budget for Ireland plans to "build a stronger and more resilient Ireland." 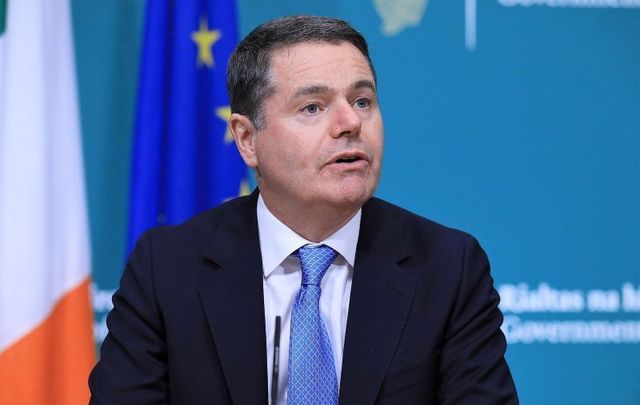 Finance Minister Paschal Donohoe said his €17.75 billion budgetary package, the largest in the history of the Irish state, is grounded in responding to the twin threats of the worst global pandemic in a century and the prospect of a no-deal Brexit.

Donohue promised that the budget, nearly eight times the size of last year’s, was a bridge to the future in the face of a daunting test and uncertainty about livelihoods.

He pledged at the outset of the delivery of his budget on Tuesday, “We will prevail; from the ashes from this pandemic we will build a stronger and more resilient Ireland.”

#Budget2021 sets out a framework for the path ahead.The Govt will do its part, &we, as citizens...now need to continue to do our best to combat &then defeat the common enemy; this disease. The stronger our response, the sooner we will complete this journey https://t.co/XBvDfqhrF8 pic.twitter.com/kt8G0tBBtQ

At the end of a budget speech in which he spoke of rising job losses and 2020 being the most challenging year Ireland faced as a nation, Donohoe quoted Seamus Heaney: “If we can winter this out, we can summer anywhere.”

The total €17.75 budget package will include €17 billion in expenditure and €270 million in taxation.

Donohoe said the budget was “exclusively focused on the rest of this year and next year.”

It will include a €3.4 billion recovery fund targeted at stimulating the economy and employment in the aftermath of COVID-19 and Brexit, as well as a €1.6 billion spend on capital programs.

Businesses temporarily closed by COVID-19 rules are to get a weekly payment of up to €5,000. The first payments will be made in the middle of November.

The government has projected the expansive spending will lead to a €20.5 billion deficit next year, down just €1 billion from this year.

The rate of VAT for the hospitality and tourism sector, among the worst affected in the COVID-19 crisis, is to be cut from 13.5 percent to nine percent, mirroring a similar cut during the last financial crash.  The reduction comes into effect from November 1 and will remain in place until December 2021.

Donohoe said he is increasing carbon tax to €33.50 a to from €26. The increase would apply to auto fuels from midnight Tuesday, and would be applied to all others from May 1st, 2021.

Donohoe also said that he hoped to access EU funds to pay for some of the costs of the wage subsidy scheme and the costs of Brexit.

This was the first budget of the tripartite coalition of Fianna Fail, Fine Gael, and the Greens.

Public Expenditure and Reform Minister Micheal McGrath, who outlined the government’s expenditure plans, announced an extra €4 billion for the Department of Health.

He allocated €110 million for 2021 for affordable housing and cost rental schemes. He will provide €500 million to support businesses.

Money is being made available for adding an extra 500 staff to ports for additional Brexit-related checks next year.

McGrath confirmed Ireland has signed up to the EU’s advance purchase agreement for a COVID-19 vaccine, so that when one becomes available Ireland will be in a position to benefit.

Sinn Fein’s Pearse Doherty, the main opposition finance spokesperson, said the budget lacked the ambition that the unprecedented situation demanded. It had failed to tackle unaffordable childcare costs, the underfunding of disability services, a dysfunctional housing market, and the lack of capacity in the health service, he said.

He told Donohoe and McGrath, “Today, you could have done a lot more, and so much more needed to be done.”

You can learn more about Ireland's Budget 2021 here.