Eric Adams, the Democratic nominee to become NYC's next mayor, told an Irish American Democrats event on Saturday: "This is your city." 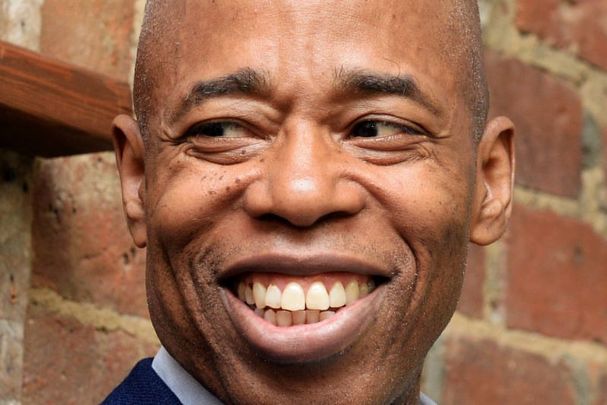 Eric Adams, who recently won the Democratic primary to become the mayoral candidate for this year’s election in New York City, attended an event hosted by Irish Americans for Biden this weekend.

“I served with some of the greatest men and women in the police department, who were proud of their Irish heritage. I have come here tonight to say, this is your city,” Adams said at the event, according to the Irish Times.

In June, IrishCentral formally endorsed Adams to be the Democrat candidate and New York City's next mayor.

Adams, the current Brooklyn Borough President who served with the NYPD for more than two decades, told the Irish Times that he visited Ireland in 2008 with his family and said he hopes to return.

Last year, Adams was in attendance at the St. Pat’s For All parade in Queens:

Happy #StPatsForAll Parade! For more than 20 years, this inclusive celebration of #StPatricksDay and Irish culture has reflected the great spirit of Sunnyside and Woodside. pic.twitter.com/VWul0QJx58

Saturday's event was hosted by Irish businessman John Fitzpatrick at his Fitzpatrick Grand Central hotel in Manhattan. On hand were Stella O'Leary, the President of Irish American Democrats, Emer Rocke, Ireland's deputy ambassador to the US, Caitríona Fottrell, the president of the Ireland Funds, and Kieran McLoughlin of VentureWave Capital, among others.

The Irish Times describes Adams as the "presumptive" next mayor of New York City - the city's mayoral election will take place on November 2.