This Offaly farmer’s hen once broke a world record

A hen belonging to an Offaly farmer once broke the world record for having two clutches of live chicken in 55 days. 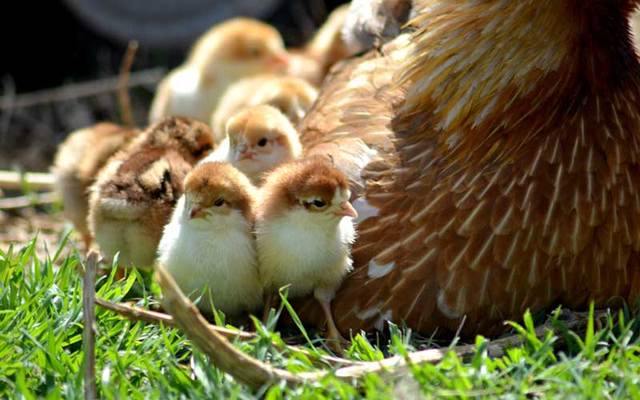 In 2019 a hen belonging to an Offaly farmer broke a world record for having two clutches of live chicken in just 55 days.

"Sally has made history in the poultry world," said farmer John Dolan,  who runs a farm local to Banagher in Co Offaly.

This wasn't the first time the Offaly farmer has made headlines for his incredible hens. Last year, his hen Marmalade entered the Guinness Book of Record for having hatched 107 chickens in two years before she died in February. The famous hen was named the Grand Marshal of the Banagher St. Patrick’s Day parade in 2018.

"Marmalade's world record holder will never be broken by any hen. She hatched 181 chickens in total with 18 clutches in four years,” said Dolan.

Earlier that year, Marmalade’s daughter Little Chip caused a stir after having 20 chicks hatched from 26 eggs laid at the first attempt.

"That is some world record following in the footsteps of my famous hen Marmalade," he said.