Liam Neeson is again coming to the defense of New York City's horse-and-carriage drivers, many of whom are Irish, in light of a new bill that could threaten the industry. 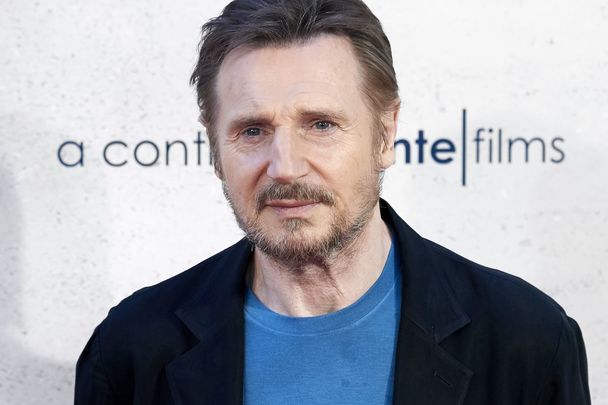 Liam Neeson, the most famous supporter of the Central Park horse-drawn carriage industry, has written to New York City Mayor Eric Adams in an effort to stop a bill before the City Council that would replace the horses with electric carriages, the Irish Voice newspaper, sister publication to IrishCentral, has learned.

Action film icon Neeson, originally from Ballymena, Co Antrim and a resident of New York City for several years, has been a vocal proponent of keeping the horses in Central Park since former Mayor Bill de Blasio vowed, and failed, to rid the city’s streets of carriage horses.

Neeson, a regular walker in Central Park and friendly with some of the carriage drivers, wrote to Adams on July 15, days after City Council Member Robert Holden of Queens unveiled his bill that seeks to remove the horses in favor of electric carriages by June of 2024.

Neeson, 70, famed for films such as "Schindler’s List" and the hugely popular "Taken" franchise, called the new effort to rid the city of carriage horses an “outrageous attempt” that would ultimately lead to “greedy” real estate developers snapping up the valuable land on the far West Side of Manhattan where the city’s three horse stables are located.

In his letter to Adams, who succeeded de Blasio in January of this year, Neeson wrote, “As you may recall, a donor gave a sizable contribution to the previous mayor’s campaign. In exchange, de Blasio promised to end the carriage horse industry ‘on Day One.’ (Ironically, he made that promise around the time the rodeo made its annual visit to Madison Square Garden with bull riding!).”

The donor Neeson referred to is Steve Nislick, the co-founder of the group NYCLASS which is vehemently opposed to having horse carriages operate in Central Park. Nislick is the retired CEO of Edison Properties and a developer with varied real estate interests in Manhattan.

De Blasio came in for further criticism from Neeson, who called him “feckless” for his refusal to become acquainted with the horse-drawn carriage industry. In March of 2014, two months after de Blasio began his first term and immediately went to work trying to eliminate the Central Park horses, Neeson held a press conference at one of the stables to advocate for the industry and blast politicians for trying to put the drivers out of business.

“In response to the false claims of animal ‘cruelty,’ I invited the City Council and mayor to tour the state-of-the-art stables to prove the horses have the best care. Only our feckless former mayor refused to attend! The donor wants to build yet another glass monstrosity where the stables now stand, destroying an industry dating back to 1858 when they were first licensed and the year after Central Park was created. But carriages have been pulling New Yorkers since 1692!” Neeson wrote.

“De Blasio proposed tacky vintage reproduction cars! New York is not Six Flags! Then they suggested moving the carriages up to Central Park West and 86th Street, the hilliest part of the park and far from any tourists. The council rejected this proposal as well, but did move the carriages just inside the park at 59th and Central Park South and just off Grand Army Plaza off Fifth Avenue. The move hurt the business of hard-working immigrant drivers, but they’ve accepted that compromise. At least for now. That was the last of it, we thought. But now they’re back!”

Neeson noted the hundreds of jobs that would be lost or impacted if Holden’s bill, which Adams has yet to comment on, succeeds. And he commended the care that the horses receive from their owners.

“The return of the attempt to eliminate this industry also threatens some 150 families, plus suppliers of hay, farriers and blacksmiths and bridle equipment workers and their families. Thanks to the meticulous daily care they receive, carriage horses live longer than police horses; some past 20 with a mandatory retirement age of 26,” he wrote.

“They get five weeks of vacation and regular inspections from veterinarians who specialize in large animal care. They don’t work in excessive heat nor cold. When they retire, many are used in weddings, funerals, as therapeutic horses or as family pets. They’re part of the drivers’ extended families.”

Neeson’s letter continued, “Every morning they head to work near Columbus Circle; heads and tails held high, proudly doing what they were bred to do! Amid an endless stream of traffic, they’re the last vestige of the Gilded Age on our streets. Tourists and children love them.

“If the developer gets his way, many will be slaughtered in Canadian slaughterhouses and turned into cat food. Millions of tourists will forever be deprived of our city’s most charming institutions. Few if any of the demonstrators against the carriage horse industry have ever owned horses, friends who interviewed them have told me. The industry has been the sole support of several hundred families for generations. Today’s drivers come from 22 countries.

“Boston has its swan boats. San Francisco has its cable cars. Venice its gondolas and Washington its cherry trees. We have the best symbol; living links to New York’s Gilded Age! Don’t allow a greedy developer to rob us of this charming symbol of the city we love,” Neeson concluded.

The Northern Irish actor, who recently made a memorable cameo in the acclaimed comedy series "Derry Girls," started his letter to Adams by outlining his own lifelong connection to horses.

“I’m a proud son of the Old Sod, spending summers on a farm in County Armagh, Northern Ireland. I’m now a proud naturalized American citizen and a New Yorker,” he wrote.

“On my uncle’s farm, I worked with and cared for his horses. In my movies, I not only rode horses, I also helped care for them. I know and love horses so I’m writing to you asking for your help.”

The mayor’s press office did not respond to a request for comment on Neeson’s letter.