Exasperated drivers and owners, many Irish-born and Irish American, say the proposal is unfair post-Covid and tied to the land grab of three stables. 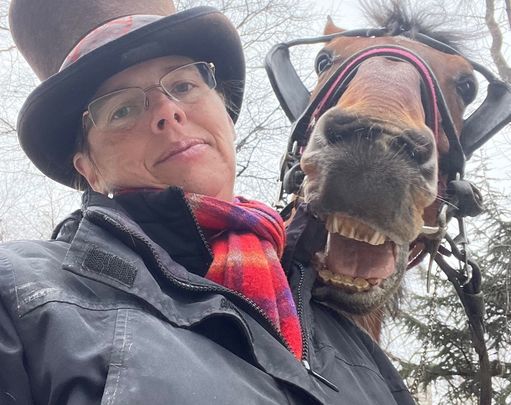 Ten members of the New York City Council are seeking to ban Central Park’s horse-drawn carriage industry come 2024, but furious owners and drivers are vowing to fight back to save their livelihoods

With the departure of Bill de Blasio as mayor on January 1 of this year, Central Park’s horse carriage drivers and owners thought the coast was clear to operate their industry without the threat of extinction, but they were wrong – a new bill introduced by New York City Council Member Robert Holden aims to replace the horses with electric carriages by June 1, 2024.

For exasperated drivers and owners, many of whom are Irish-born and Irish American, this latest broadside against their livelihoods, just as they are emerging from steep pandemic losses is, they say, unfair and tied to a land grab where the three stables that house the city’s 200 carriage horses on the far West Side are located.

“It’s the same folks from NYCLASS (New Yorkers for Clean, Livable and Safe Streets, a lobbying group) pushing this agenda because of our stables; that’s it in a nutshell.  The real estate interests want our land,” Colm McKeever, a native of Co. Meath, the owner of four horses and two carriage licenses and an occasional driver, told the Irish Voice.

“The amount of disinformation these people have been spreading about our industry throughout the years is unbelievable. We are small mom-and-pop business owners and the very last thing we would ever do is cause harm to our horses which we love.”

Holden, a moderate Democrat from Queens, held a press conference last Thursday outside City Hall to tout his new bill which has nine co-sponsors.   “It’s long overdue. This should have been done 20 years ago,” he said as dozens of supporters stood behind him holding posters with slogans like “end horse carriage cruelty” and “stop the abuse.” 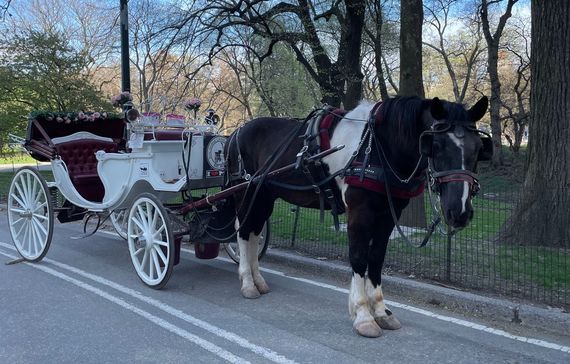 A horse and carriage in Central Park, New York.

Christina Hansen, the spokesperson for Central Park’s horse-drawn carriage industry, said that she and her colleagues had to fend off multiple attacks on their businesses during de Blasio’s eight years as mayor.  His goal, he said on assuming office in 2014, was to rid the city’s streets of horse-drawn carriages on the first day of his administration.

“And now they’re back with another bill. But it doesn’t make sense. If the horses are suffering the way Holden says they are, he must be a horrible person to let them keep working for two more years,” Hansen told the Irish Voice.

“Our industry is extremely regulated by the city. They know the horses aren’t suffering or being abused.  We love our animals. This is all about real estate.”

There are 68 horse-drawn carriages with licenses to operate in Central Park – the horses were moved inside the park from their usual West 59th Street location in 2019 as part of a de Blasio administration mandate.  The 200 horses live in three stables on the West Side which are owned by those in the industry.  The largest, Clinton Park on West 54th Street and 10th Avenue is owned by a group of 15 horse owners and drivers including Conor McHugh, a native of Co. Leitrim who came to New York in 1986 and has been working in Central Park ever since.

He has seven horses and two carriage licenses. Investing in Clinton Park as a co-owner was a no brainer, he told the Irish Voice.

“We did that many years ago because we knew this day was coming,” said McHugh.

“As they often said in Ireland, once you get people’s land off of them, the rest is easy.  We’ve said we don’t want to sell because we like what we do.

“Some developer would love to build a hotel or hi-rise where we are, but we are not for sale.  That’s why they are turning to the City Council to try and get rid of us.”

Given the preponderance of serious issues facing the five boroughs – gun violence, homelessness, unsafe streets – McHugh is angry that the City Council has once again targeted the Central Park horses.

“We’re horrified to be honest.  We’ve got all kinds of problems in New York, but sure, let’s get the horses out of Central Park and everything will be great,” he said.

Covid-19 completely shut down the Central Park horse carriage industry for six months starting at the end of March 2020.  The horses were relocated to their vacation farms in upstate New York and Pennsylvania at considerable expense to their owners.  Re-starting in the fall was difficult and costly, but Hansen said she and her colleagues are now making a recovery.  The last thing they need, she says, is more pressure on their livelihoods.

“Thankfully all 68 carriages are back. Some drivers moved on, but the most of us are still here making things work,” she said.

Mayor Eric Adams has not taken a position on the Central Park horses since assuming office, responding during the 2021 mayoral campaign to a NYCLASS questionnaire that he was not in favor of banning the industry, but was “open to further discussion about prohibiting the operation of horse-drawn carriages.”

Holden’s bill doesn’t stipulate where the electric carriages would come from, only that preference for licenses would be given to the current horse drivers.

“The carriages would be electric low-speed vehicles that have a maximum speed performance of no more than 25 miles per hour. In Central Park, the carriages would be limited to speeds of three miles per hour. The city would be responsible for establishing a program to lease or sell the new carriages to prospective owners, with priority given to former horse-drawn cab license holders. Under the new program, carriage owners would be required to pay carriage drivers a prevailing wage that would be set by the comptroller. Former horse-drawn carriage driver’s license holders would be given priority for the new driver’s licenses,” the bill says.

Hansen says she didn’t come to New York to drive an electric vehicle, and she’d like the chance to show New York City Council members how well the horses are cared for.

“They have an open invitation to visit our stables. There are so many rules and regulations that we have to follow, and we are fully compliant. The horses have a great life. They’ve been in Central Park since it opened in 1858 and this is where they belong,” she added.

The drivers and owners are members of Transport Workers Union Local 100, headed by Tony Utano.  He told the New York Post his union will fight Holden’s legislation.

“It’s unfortunate that some council members who have signed on to this bill have not even bothered to contact the drivers’ union to get labor’s view,” he said.  “It took many years of hard work to get cars out of Central Park. Nobody – except those with a financial interest – wants motorized vehicles to return.”