After many years of uncertainty New York's Central Park horse and carriage industry can finally breathe a sigh of relief. 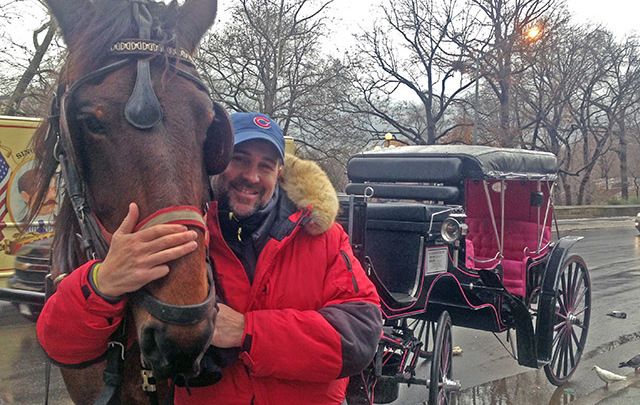 After many years of uncertainty and threats over the future of their business, those who make a living through the Central Park horse and carriage industry can finally breathe a sigh of relief, as the main “animal rights” lobby group which vowed to put the trade out of existence has admitted that it is unable to do so.

The heavily Irish horse and carriage trade, one of the most beloved tourist attractions in Manhattan with a rich history going back to the late 1800s, had been under a misguided but effective assault since before the last mayoral election four years ago, with then candidate Bill de Blasio leading the charge.

The anti-horse carriage group NYCLASS, with money up the wazoo thanks to its backers in the real estate industry, was largely responsible for torpedoing the candidacy of former mayoral front runner Christine Quinn, who was an ardent supporter of keeping the horses as part of New York City’s landscape.

NYCLASS, adamant that the highly regulated horse industry was abusing the animals – a preposterous notion – hitched its wagon to de Blasio, funding his campaign and extracting promises that on Day One, should he be elected, the industry and all of its employees would be put out to pasture.

And they tried…boy did they try.  There were a couple of major efforts undertaken by the de Blasio administration and NYCLASS to rid Central Park of the horses, one of which sought to replace the animals with electric-powered cars.  Another failed initiative which was thankfully shot down as it neared approval – a highly embarrassing political defeat for de Blasio -- would have drastically reduced the fleet of horses and relocated their stables to a city-owned building in Central Park.

NYCLASS and de Blasio had the money, but the horse and carriage industry had currency even more important: public opinion.  Poll after poll indicated that New Yorkers by and large have no objections to the horses operating as usual in and around Central Park.  Having A list supporters such as Liam Neeson also greatly helped the under siege industry get its message out there.

It’s been obvious for a while that de Blasio has moved on from anything to do with the word horse – he says he still supports eliminating the horse and carriage trade, but that it’s up to supporters to persuasively lobby members of the City Council – and now, thankfully, NYCLASS has raised a white flag.

In an interview with the New York Daily News last week, the group’s backers admitted that the horses are in New York to stay.

“We achieved nothing, except perhaps created some bad will which we have to address, so obviously our strategy had to change,” said Wendy Neu, one of the group’s main backers.

NYCLASS will now seek other tweaks in the industry, such as confining the horse rides solely to Central Park, and having them use bike lanes as they travel to and from their stables on the far West Side of the city.  NYCLASS also says it will no longer object to those stables -- some of which are Irish-owned -- which is good to know because many developers have eyed the coveted land for other uses.

So all in all, a great result for the horse and carriage industry which refused to sit idly by while a bunch of elitists took aim.  The drivers and support staff can be extremely proud of the way they stood up and defended themselves.

It’s doubtful that the mayor will revisit the issue in his nearly certain second term, which would be begin on January 1. Who knows, maybe he’ll even pop down to one of the stables for the first time ever and see for himself how beautifully the horses are cared for, and how ridiculous his crusade was in the first place.

Here are two short films IrishCentral made about the horse and carriages in Central Park, in 2013: