Set in a low-income neighborhood in Lower Manhattan in 1863, Paradise Square began previews on March 15 and opened on April 13. 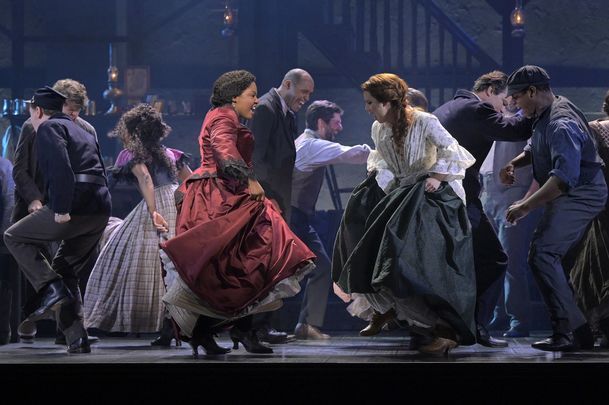 The musical marks an unsuccessful return for producer Garth H. Drabinsky, who served time in Canada after being convicted of fraud. He had earlier won three Tony Awards during the 1990s.

Set in a low-income neighborhood in Lower Manhattan in 1863, Paradise Square began previews on March 15 and opened on April 13.

Featuring a large cast and many production numbers, the show received mixed critical reviews, although Joaquina Kalukango earned praise for her performance as leading actress.

The musical received 10 nominations at the 75th Tony Awards in June but won only one, with Kalukango scooping Best Actress.

Kalukango also gave a critically-acclaimed performance of Paradise Square's "Let It Burn" at the ceremony, but the powerful performance was not enough to help dwindling sales.

Announcing the closure, Drabinsky said he wanted to give Paradise Square "every chance to succeed" but added that the "various challenges proved insurmountable".

Paradise Square struggled to break through during a competitive Broadway season with New York tourism still below pre-pandemic levels.

Boasting an unfamiliar title and cast, the musical struggled to find its footing against several other new Broadway productions all clamoring for attention.

For the week ending June 5, the show grossed just $229,337 - far less than what it needed to cover weekly running costs - while it played to houses that were just 59% full.

The musical closes amid allegations that cast members had not been paid.

Actors Equity Association has also placed Drabinsky on a "do not work" list for its members.

"He (Drabinsky) should have never been allowed to produce, period. And shouldn't be allowed to produce any more in the theater industry," Actors Equity Association Assistant Executive Director- Eastern Region Calandra Hackney told ABC7.