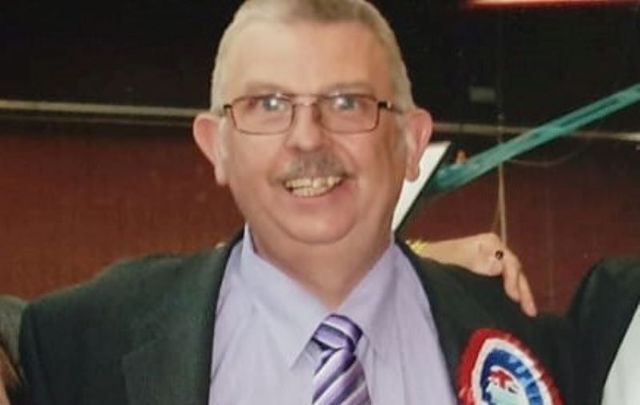 John Carson, a Democratic Unionist Party (DUP) councillor, says his comments linking the coronavirus pandemic to the legalization of same-sex marriage and abortion in Northern Ireland have been "misinterpreted."

Carson, who represents Ballymena on Mid and East Antrim Council in Northern Ireland, made the shocking comparison in a Facebook post on March 31. While the post has since been made private or deleted, Richard Chambers, a journalist with Virgin Media, has shared this screengrab of it:

DUP Councillor John Carson here blaming same sex marriage and abortion legislation in the North for the Coronavirus outbreak: "You reap what you sow." pic.twitter.com/mxBneor5pg

In the post, Carson wrote: "With all the focus being on Coronavirus it has went relatively unnoticed that from today abortion is available on demand up to 24 weeks.

“I said when abortion was legalised that our nation would be judged by GOD because of its departure from his word and the legalisation of the murder of the unborn child as well as same sex marriage.

“I was laughed at and mocked by some but as I said at the time they laughed at NOAH until the rain started.

“You reap what you sow and our nation is now reaping the judgement of GOD because of an immoral and corrupt government.

“It is time to repent and turn again to the GOD of our Fathers.”

Both same-sex marriage and abortion became legal in Northern Ireland in October. Northern Ireland’s first case of coronavirus was confirmed on February 27 and as of April 2, there were 774 confirmed cases in the region as well as 36 deaths.

The day after his initial Facebook post, Carson attempted to clarify his comments in another post: “Folks yesterday afternoon l put a post on Facebook which was taken by some and totally misinterpreted, anyone who knows me will know that l would not intentionally set out to cause hurt or offence to anyone and if l did then for that l humbly apologise.

“However l will never apologise for my Christian faith and will not be silenced by those that are opposed to the truth of God’s word.”

During a coronavirus press briefing later in the day on April 2, Diane Dodds, the Economy Minister for Northern Ireland and fellow DUP member, was asked about Carson’s remarks and whether or not he would face any disciplinary action.

Dodds, who said she had only learned about Carson’s remarks about an hour before the briefing, said that his comments are “entirely personal.”

Dodds said that Carson’s comments “will go to party officers” and she reiterated that they “certainly do not reflect the views of the DUP.”

Other than Dodds' response, the DUP has made no official statement on Carson's remarks as of April 2.

The Rainbow Project, which promotes the health & wellbeing of LGBT people in Northern Ireland, issued a statement on April 2:

A brief statement addressing the disgusting comments made by @duponline councillor John Carson. We expect immediate action from @DUPleader pic.twitter.com/4tiJ0hqzIq

The statement read: “We expect action from Arlene Foster [the head of the DUP] on this immediately.

“It is disgraceful but not at all surprising that a DUP elected member would try to blame LGBT people and our partners in the women’s movement for the coronavirus outbreak, just as they have blamed us for Hurricane Katrina and other natural disasters in the past.

“The Rainbow Project and our partners in the LGBT sector and women’s sector are still supporting our communities at this difficult time. We are still providing counselling services and social support to very isolated people. It is very telling where the priorities of some DUP elected members lie when they seek to blame marginalised people for a global pandemic.

“We look forward to hearing, from Arlene Foster, a strong denunciation of this disgusting slur from her councillor John Carson and we expect disciplinary proceedings to be commenced against him immediately.”

Similarly, Alliance Party councillor Patricia O’Lynn, a representative of the same area as Carson, said in a statement: “These are disgusting and disgraceful comments from Councillor Carson, and I call on him to retract them and apologise immediately.

“Leaving aside the ridiculousness of his statement, his comments are not only homophobic and anti-women but make a mockery of all those people who have tragically died from COVID-19 and complications relating to it.

“If he does not apologise profusely, the DUP need to suspend Councillor Carson to send a message these comments will not be tolerated, particularly at a time when people across the globe are coming together to showcase the best of humanity throughout this crisis.”

"Coronavirus is a judgement from God"

On April 2, Stephen Nolan of The Nolan Show on BBC revealed that Carson had threatened him with a lawsuit for reporting on the DUP councillor’s comments:

When Nolan show contacted Ballymena DUP councillor John Carson re his comments blaming married gay people & those who choose abortion for the emergence of Coronavirus,he was unrepentant & called me a “reprobate”
He remains a member of DUP
DUP say it is not the view of the party

“Coronavirus is a judgement from God, and that is opinion. “

Won’t be appearing on the show to