President Biden will attend March 16, Washington DC dinner and a reception for Irish American leaders at the White House. 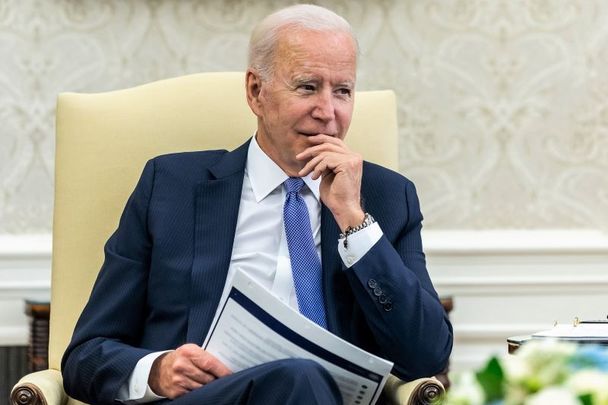 The President will attend two Irish events over the St. Patrick’s Day period, the Ireland Fund’s 30th Annual National Gala, at The National Building Museum, in Washington, DC on Wednesday, March 16. He will also attend a White House reception on St. Patrick’s Day in honor of the Irish American community and visit of Irish leader, Taoiseach Micheál Martin.

Biden is expected to address both gatherings, the 250-person reception and the Ireland Funds  800+ guests at the sold-out event. President Biden, whose family traces its ancestral roots to County Louth and Mayo, has long been known for pride in his Irish ancestry.

He is also set to discuss Ukraine with the Irish leader in an Oval Office meeting.

The 2022 Gala marks the 30th anniversary of The Ireland Funds National Gala in Washington, DC, and will be the most successful in the history of the event raising over $1 million on the night for charitable causes across the island of Ireland.

"It is an extraordinary honor to have both the President of the United States and the Taoiseach with us for this milestone gathering," said Caitriona Fottrell, President & CEO of The Ireland Funds.

"It is a true celebration of the deep bonds of friendship that connect the United States and the island of Ireland."

The evening will recognize the political, civic, and business achievements of several great leaders. An Taoiseach, Micheál Martin, TD Prime Minister of Ireland, will attend the event as part of his multi-stop St. Patrick's Day visit to the US and will receive The International Leadership Award for his longstanding commitment to public service. Special recognition will be given to former National Gala honorees including Senator Patrick J. Leahy, President Pro Tempore; Senator Pat Toomey; and Matthew R. Shay, President & CEO, National Retail Federation.

Guests of note expected to attend include H.E. Daniel Mulhall, Irish Ambassador to the U.S; The Hon. Claire D. Cronin, U.S. Ambassador to Ireland; H.E. Dame Karen Elizabeth Pierce DCMG, British Ambassador to the US; Andrew Elliott, Director/Counselor of the Northern Ireland Bureau; The Hon. Nancy Pelosi, Speaker of the House of Representatives; and The Hon. Richard E. Neal (D-MA-1) Chairman of Friends of Ireland in Congress.