Bono's health scare last year – whatever it was – was clearly quite serious. U2 band mate The Edge told The Weekend Australian Magazine that he was worried for Bono’s life. 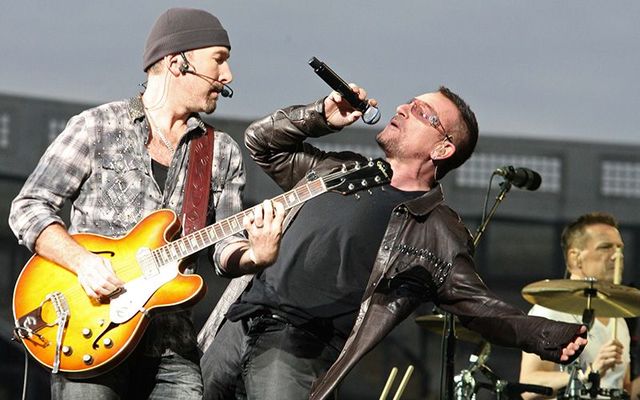 Bono and The Edge playing at Croke Park.

Bono's health scare last year – whatever it was – was clearly quite serious.  U2 band mate The Edge told The Weekend Australian Magazine that he was worried for Bono’s life.

“Yeah,” he says solemnly. “When your friend goes through trauma that could’ve been fatal, of course you’re concerned. Clearly, we’re at an age where we have to think about our well-being, because when you see so many people — not much older — just dying, it’s like, okay … you start to put on the safety belts for the first time.”

In October, Bono revealed that part of the reason why U2’s newest album, Songs of Experience, had a delayed delivery was a health crisis that thankfully seems to have resolved itself.

“I don’t want to get too into the details of it, for fear of the melodramatic reality TV kerfuffle. A lot of people have these moments. I’ve had a few. Not quite at this level,” Bono revealed to Q magazine in October.

In the Australian interview, Bono also reaffirmed his belief that Vice President Mike Pence is more agreeable than President Trump.

“Mike Pence is a person I believe we can work with,” Bono said. “I may not agree with him, but I believe him when he speaks. I have sympathy for idealists — what you and I might think of as ­narrow-minded ideological fundamentalists like Pence. If you can widen the aperture of that idealism, they’re capable of being passionate about, say, the environment or poor people. And liberals have got to be careful of that awful dismissiveness of people who have thoroughly conservative views.”

As far as Trump goes?  “I can’t meet with him because he doesn’t tell the truth,” Bono says.  “I have good friends in the Republican Party … it’s going to end in tears, and people will be embarrassed that the Oval Office was turned into the [WWE].”

Bono and The Edge sat for a wide ranging interview with Howard Stern on Monday morning, and played a couple of acoustic songs from the new album.  They shared stories of the good old days with the likes of Frank Sinatra, who told them they needed to upgrade their wardrobes, and spoke about hanging with Bruce Springsteen, who Bono calls an “amazing” man.