Bono's “brush with mortality” last year was kept private but held up release of U2’s upcoming album Songs of Experience. 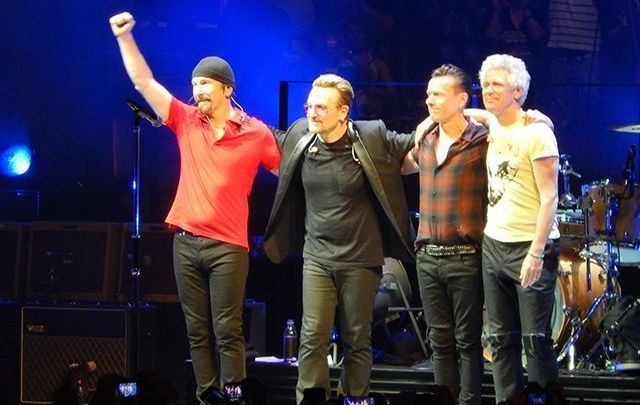 U2 - Bono, The Edge, Larry and Adam, greet the crowds at the United Center, in Chicago.

Bono had a “brush with mortality” last year that he managed to keep private.  The health scare also held up release of U2’s upcoming album Songs of Experience.

"I don't want to get too into the details of it, for fear of the melodramatic reality TV kerfuffle. A lot of people have these moments, I've had a few. Not quite at this level."

Talking to Q magazine in the U.K., Edge also elaborated without getting specific about what was ailing Bono.

"It was serious enough that he genuinely had a major fright. But where that brought him to as a writer was an amazing place,” he said.

U2 had said that the election of Donald Trump prompted a re-think on their new album, but Bono’s personal situation clearly took precedence.

"The personal and political apocalypse came together. But I think, if we're honest, the personal elbowed the political out of the way,” Bono told Q.

The good news? He says his voice has never been better, and we’ll get to hear it when Songs of Experience drops on December 1.

“I’m on top form. I’m singing like a little girl,” he revealed.

U2 were among the stars at a big celeb wedding in Brazil last week. Their manager Guy Oseary renewed his vows with his wife, and all four U2-ers were there along with Madonna, Chris Rock, Ashton Kutcher and supermodel Helena Christensen, a long-time U2 fan who posted a picture of herself with the guys at the wedding.

“F***ing love these guys. Sat in my bedroom with my dad at age 15, listening to their first and second record. We pretended I was doing homework, but we were listening. We both felt the same way. This was epic,” she wrote on her Instagram.