With the new St. Brigid's Day holiday, Ireland's other St. Patrick's Day will be sharing the spotlight. 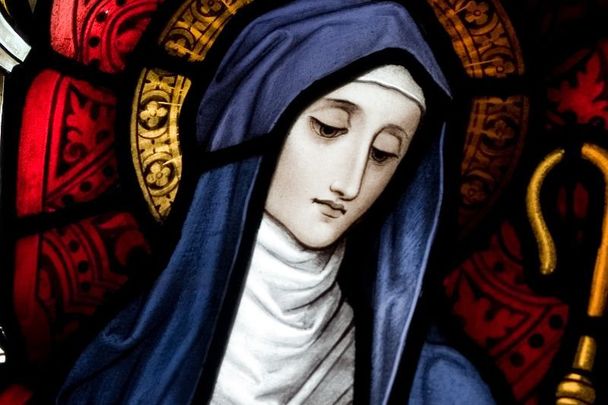 St. Brigid's Day has become a national holiday in Ireland, observed on the Monday closest to February 1. Getty Images

For 2,000 years St. Patrick has been the undisputed uncrowned king of Ireland, with parades and celebrations worldwide from little hamlets all over the country to major cities spanning the globe every March.

It's incredible how Patrick, the Welsh-born son of a tax collector who was kidnapped by Irish slave traders and sold to a farmer as free labor, has become such an incredible icon. No other saint or deity comes close.

But now the Irish government has moved to change all that with St. Brigid’s Day, the first Monday in February which will also be a national holiday for the first time this year in Ireland. Go Brigid!

One can imagine Patrick on high, stroking his beard and wondering who the interloper is. But in the tradition of love and sympathy that was widely credited to him, he would ultimately embrace Brigid Na nGael, or Brigid of the Irish.

Her feast day is February 1, which will be celebrated throughout Ireland by remembering St. Brigid's remarkable story and by following certain Irish traditions.

St. Brigid's Day is linked to the Celtic festival of Imbolc which marks February 1 as the beginning of spring. And the end of dark, grim winter.

The Celtic goddess Bríd was regarded as a goddess of healing, and the ancient Celts acknowledged her on this day as the day that signaled renewal, new growth, and escape from darkness.

St. Brigid, believed to have been born in Co Louth, is celebrated for her role in converting Irish tribes to Christianity, establishing what could possibly be the oldest Irish monastery in Co Kildare.

She has long been a favorite saint, recognized in Irish customs and traditions. She comes second only to St. Patrick in terms of the numbers of customs that ask for her blessing and guidance. 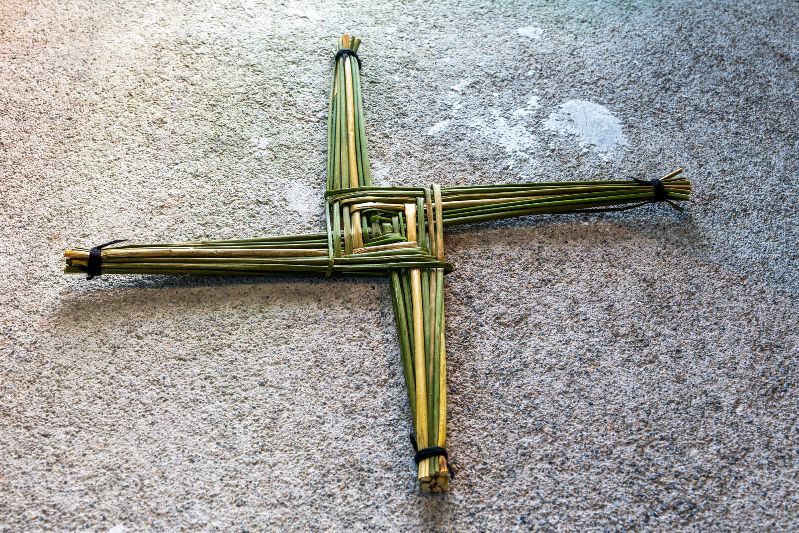 Hoping to remember some of those rich and vibrant traditions this St. Brigid's Day, Wicklow-based folklorist Johnny Dillon compiled must-know facts about the saint, looking back on the many ways in which she was remembered and feted in Ireland where storytelling and visiting others were the main forms of entertainment.

Dillon has worked with the National Folklore Collection in Dublin and with the Folklore of Ireland Society. He says, “It's fair to say that I am quite obsessed with this topic, and am similarly dedicated to the preservation, protection and promotion of our traditional culture and heritage," something which he views as "a counterbalance to the shallowness present in much of modern experience."

For example, have you ever heard of the Biddies, the St. Brigid effigies made out of butter churns that were celebrated with music from house to house as part of a tradition asking St. Brigid to look after the year's profits?

Or of St. Brigid's mantle, of which stripes were often woven into the clothing of fishermen to protect them from drowning?

"I compiled this specific piece to educate people about the many customs surrounding the festival of St. Brigid in Irish folk tradition," Dillon said.

"St. Brigid is close to the hearts of many in Ireland, and her festival represents the arrival of spring, and in doing so celebrates ideas of propagation, fertility, and the feminine.

"A knowledge of our traditional heritage provides us with a deeper understanding of our roots, and can, I believe, foster a sense of meaning and belonging which has in many ways, been stripped from us in modernity.

"Our customs and traditions, therefore, should not merely be viewed as relating to the past, but be thought of as lights by which we might steer ourselves onward, into the future.”

Now it is good to know that the Irish pantheon of spirits and holy men at last will have a woman’s legacy to remember. St. Brigid has finally made it.

*This editorial first appeared in the January 25 edition of the weekly Irish Voice newspaper, sister publication to IrishCentral.