Sinead O’Connor opens up about converting to Islam 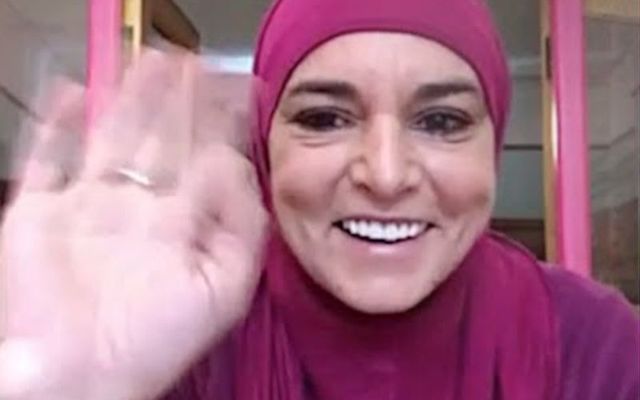 Sinead O'Connor has given her first interview about her conversion to Islam. YouTube

Becoming a Muslim is no passing fad for Sinead O’Connor.  The singer gave her first expansive interview since converting – or “reverting,” as she says – to Eddie Redzovic, an American YouTube star and Muslim convert who hosts a weekly interview show that apparently has millions of fans around the world.

Sinead converted to Islam last year and didn’t want to publicize her choice.  “I felt that I didn’t want to as it was a private decision, and…I didn’t want to justify it to people.  I felt like I don’t have to explain why I became a Muslim…I feel passionately about Islam and passionate about defending it against stigma.”

So why exactly did she formalize her connection to Islam?   “Revert is the right word. I was always, always a Muslim and I didn’t even know it,” she replied.

Sinead – or Shuhada Sadaqat, her Muslim name – was pretty clear that she doesn’t feel her calling is to convert others.  The interviewer asked her about reaching out to her old pal Conor McGregor for a sit-down, but Sinead nixed that plan.

“Allah will take who he wants,” she said.

Nor does she know another famous celebrity Islam follower, Lindsay Lohan, who likely isn’t as serious about the religion as Sinead is.

“I didn’t realize until after I converted that she had done the same. I had seen an article about it.  I was delighted to know. I don’t know her; I’ve never met her,” she said.

The 52-year-old, who battled mental health problems for years but seems to be doing well judging from the interview, revealed that her father is learning more about Islam.

“He is very interested in it. He would like to read the Quran but I say don’t read it, listen to it,” she said.

Irish people are relating more and more to the Muslim faith thanks to the sex scandals that have rocked the Catholic Church, Sinead feels.

“That’s why people like me are reverting. We can see completely and utterly through it because of what’s happened in our own church, the scandals…everything that people have been discovering. The lies, the horrible smell of oppression of the most vulnerable.”